Voyager One: A Discovery 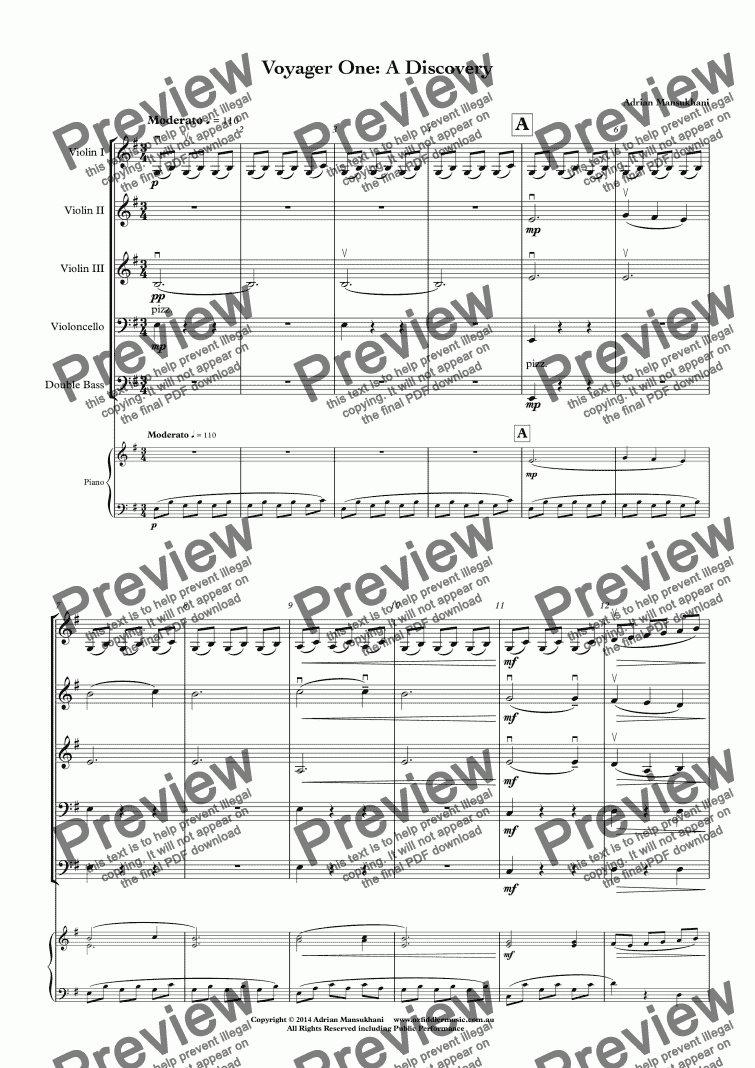 "Voyager One: A Discovery" by Adrian Mansukhani

38 years ago, a space probe named Voyager One was sent to space to study the Solar System. Today, it is the farthest human-made object from Earth - and it is still operational!

The piece "Voyager One: A Discovery" depicts the long and lonely journey of the space probe as it shoots through the Solar System and enters interstellar space. As it explores the vast universe, a new discovery lurks in the unknown…

Commissioned by New South Wales Department of Education, as part of NSWDoP's Festival of Instrumental Music.

Reviews of Voyager One: A Discovery