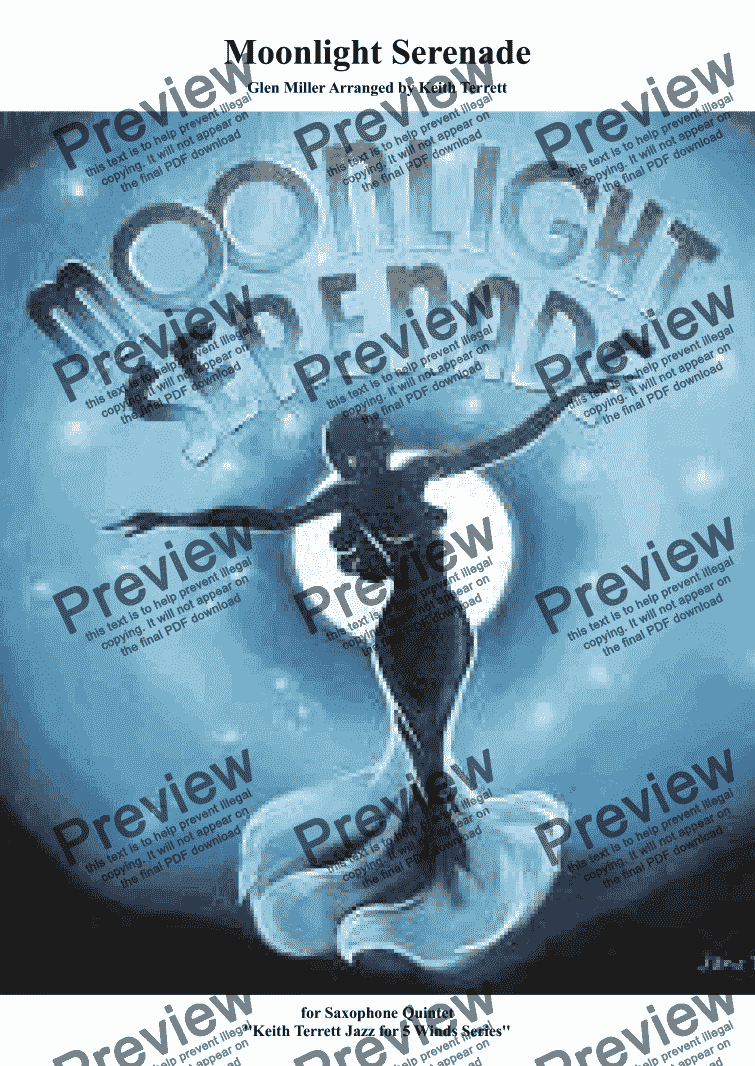 Composer
Composed by Glenn Miller (1904-1944)
Year of composition
1939
Arranger
Keith Terrett
Year of arrangement
2016
Publisher
Music for all Occasions
Difficulty
Moderate (Grades 4-6)
Duration
2 minutes
Genre
Jazz music
License details
For anything not permitted by the above licence then you should contact the publisher first to obtain permission.

In the UK, "Moonlight Serenade" was released as the A-side of a 78 on His Master's Voice, with "American Patrol" as the B-side. The recording reached number twelve in the UK in March 1954, staying on the chart for one week. In a medley with "Little Brown Jug" and "In the Mood", "Moonlight Serenade" reached number thirteen on the UK charts in January 1976, in a chart run of eight weeks. The recording was also issued as a V-Disc, No. 39A, in November 1943.

My thanks are extended to Bob Schin for his excellent one man band recording of this arrangement!