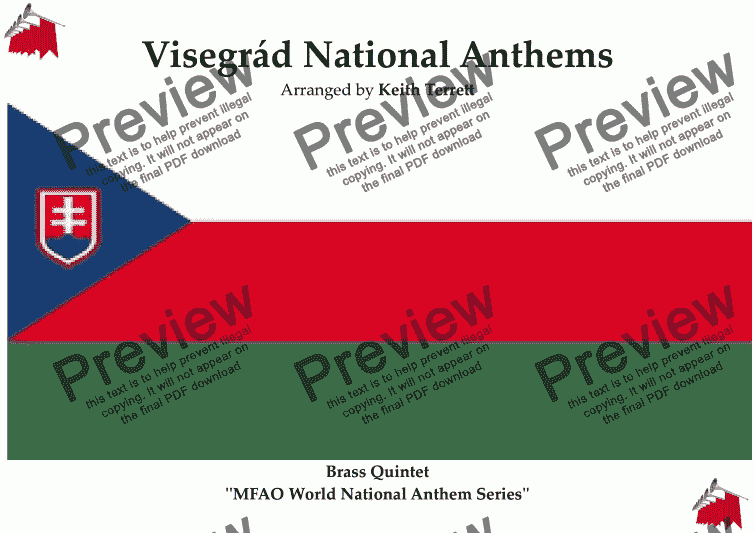 The national anthems of the four Visegrád countries, all in one set! The Visegrad Group, also called the Visegrad Four, or V4 is an alliance of four Central European states – Czech Republic,Hungary, Poland and Slovakia – for the purposes of furthering their European integration, as well as for advancing military, economic and energy cooperation with one another.[1] The group used to be occasionally referred to as the Visegrád Triangle, due to the fact that it was originally an alliance of three states – the term has not been valid since 1993, but does continue to appear sometimes.

The Group traces its origins to the summit meeting of leaders from Czechoslovakia, Hungary and Poland held in the Hungarian castle town of Visegrád[2] on 15 February 1991 (not to be confused with Vyšehrad, a castle in Prague, or with the town of Višegrad in Bosnia and Herzegovina). After the dissolution of Czechoslovakia in 1993, the Czech Republic andSlovakia became independent members of the group, thus increasing the total number of members to four. All four members of the Visegrád Group joined the European Union on 1 May 2004.