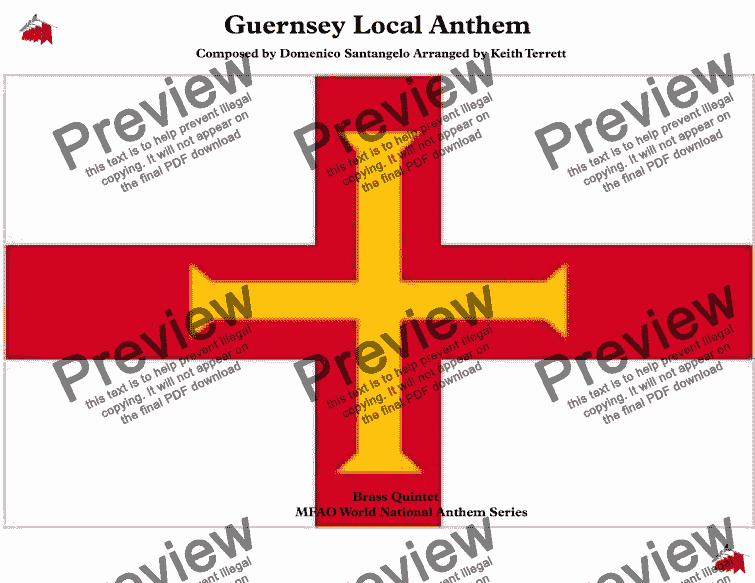 An arrangement of the national song of Guernsey arranged for Brass Quintet with optional percussion.

"Sarnia Cherie" is used as the anthem of the Bailiwick of Guernsey, one of the Channel Islands. ’Sarnia’ is a traditional Latin name for the island, hence, the title translates as ’Dear Guernsey’. George Deighton wrote Sarnia Cherie in 1911, with Domenico Santangelo composing the tune later the same year. The song was first performed at St. Julian’s Theatre - which is now the Gaumont Cinema - in November 1911. Sarnia Cherie was G.B. Edwards’s title for The Book of Ebenezer Le Page on the original typescript he gave to Edward Chaney in 1974 but Hamish Hamilton decided to use his subtitle when they published it in 1981, choosing, however, to add Deighton’s song as an epigraph instead. In 2005, the then Chief Minister, Laurie Morgan, called for an updated version, which seems to have been abandoned after it met with near-universal opposition. The sheet music has been republished (c)2009 Ray Lowe, Sark.

A CD of 13 renditions of the song has been released. Included on the CD is a recording from May 9, 1945, when British Troops landed in St. Peter Port to Liberate the Island after 5 years of German Occupation during WWII. The 1945 rendition can be listened to on this link Sarnia-Cherie. CD available from the Guernsey Information Centre, North Plantation, St Peter Port, GY1 2LQ Guernsey.

The anthem can be heard on a number of occasions each year, every 9 May Liberation Day, at Island Games gold medal ceremonies, National Trust of Guernsey Viaër Marchi, inter-island sporting events, etc. 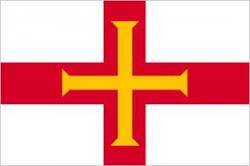