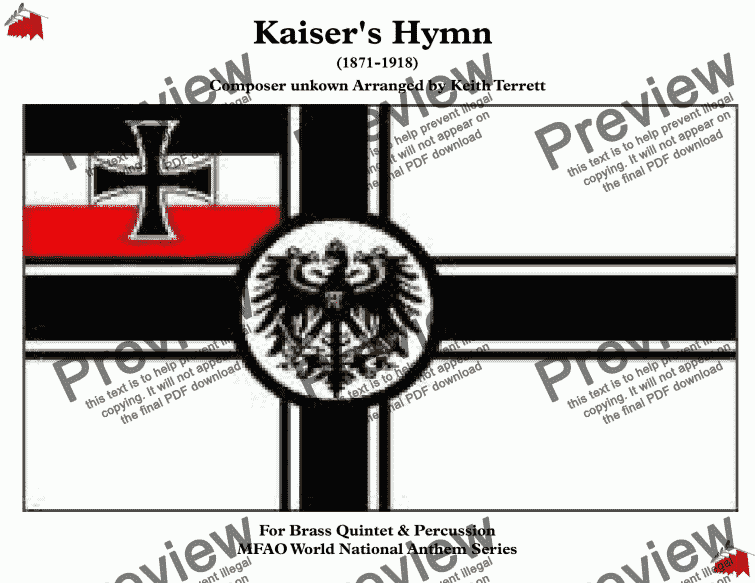 An arrangement of the German Kaiser’s Hymn for Brass Quintet & Percussion.

"Heil dir im Siegerkranz" (German for "Hail to Thee in Victor’s Crown") was from 1871 to 1918 the official national anthem of the German Empire. Before the foundation of the Empire, it had been the royal anthem of Prussia since 1795 and remained it after 1871. The melody of the hymn derived from the British anthem "God Save the Queen". For these reasons, the song failed to become popular within all of Germany. Not only did it fail to win the support of most German nationalists, it was never recognized by the southern German states, such as Bavaria or Württemberg. After World War I, the German Empire came to an end and "Das Lied der Deutschen" became the national anthem of the Weimar Republic.

"Die Wacht am Rhein" ("The Watch on the Rhine") was also a patriotic hymn so popular that it was often regarded as an unofficial national anthem.