By: Nick LaRocca edited PRB
For: Solo instrument (Piano)
This music is in your basket
View basket
Loading... 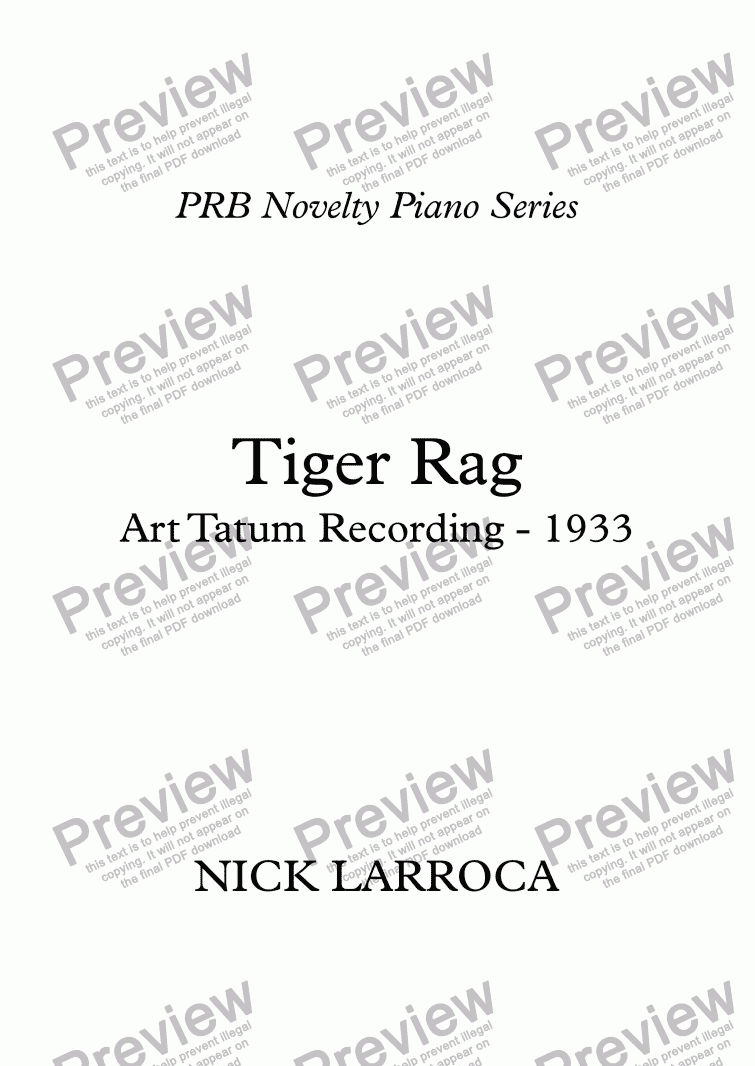 Composer
Nick LaRocca edited PRB
Year of composition
1917
Publisher
PRB Music
Difficulty
Difficult (Grades 7+)
Duration
2 minutes
Genre
Jazz music
License details
For anything not permitted by the above licence then you should contact the publisher first to obtain permission.

Tiger Rag is a jazz standard, originally recorded by the Original Dixieland Jass Band in 1917. It is one of the most recorded jazz compositions of all time. In 2003, the 1918 ODJB recording ofTiger Rag was placed on the U.S. Library of Congress National Recording Registry.

Their second recording of the tune on 25 March 1918 for Victor Records, 18472-B, backed with Skeleton Jangle as the A side, on the other hand, was a smash national hit and established the tune as a jazz standard.

I have also tidied up a couple of minor notation glitches along the way.