In Dulci Jubilo "In sweet rejoicing" for Oboe Consort

By: Keith Terrett
For: Double reed ensemble
This music is in your basket
View basket
Loading... 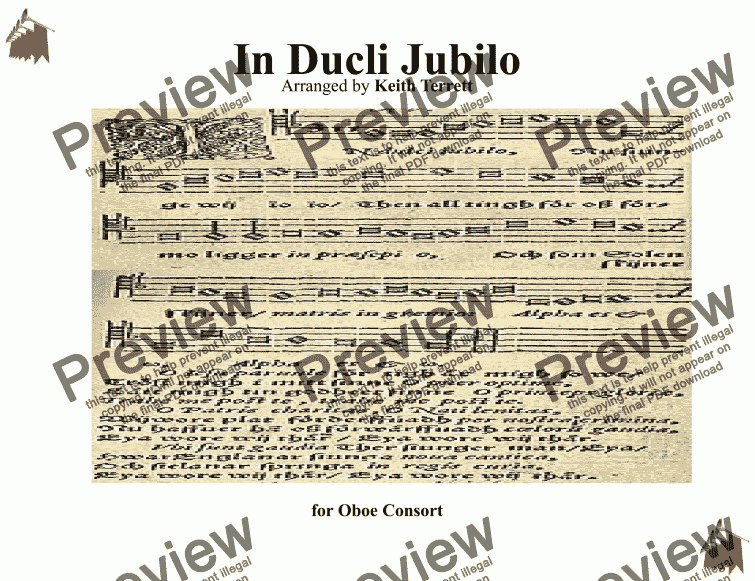 In Dulci Jubilo "In sweet rejoicing" for Oboe Consort

Composer
Keith Terrett
Arranger
Keith Terrett
Year of arrangement
2016
Publisher
Music for all Occasions
Difficulty
Moderate (Grades 4-6)
Duration
2 minutes
Genre
Classical music
License details
For anything not permitted by the above licence then you should contact the publisher first to obtain permission.

A little transcription of In Dulci Jubilo for Oboe Quintet.

If you perform this arrangement in public, make a recording or broadcast it through any media, please notify the PRS (UK), or ASCAP (USA), or SOCAN (Canada), or APRA (Australia) or KODA (Denmark) or the equivalent organisation in your own country, giving the name of the arranger as Keith Terrett

Reviews of In Dulci Jubilo "In sweet rejoicing" for Oboe Consort