By: JOHN W BRATTON arr Philip R Buttall
For: Quintet
This music is in your basket
View basket
Loading... 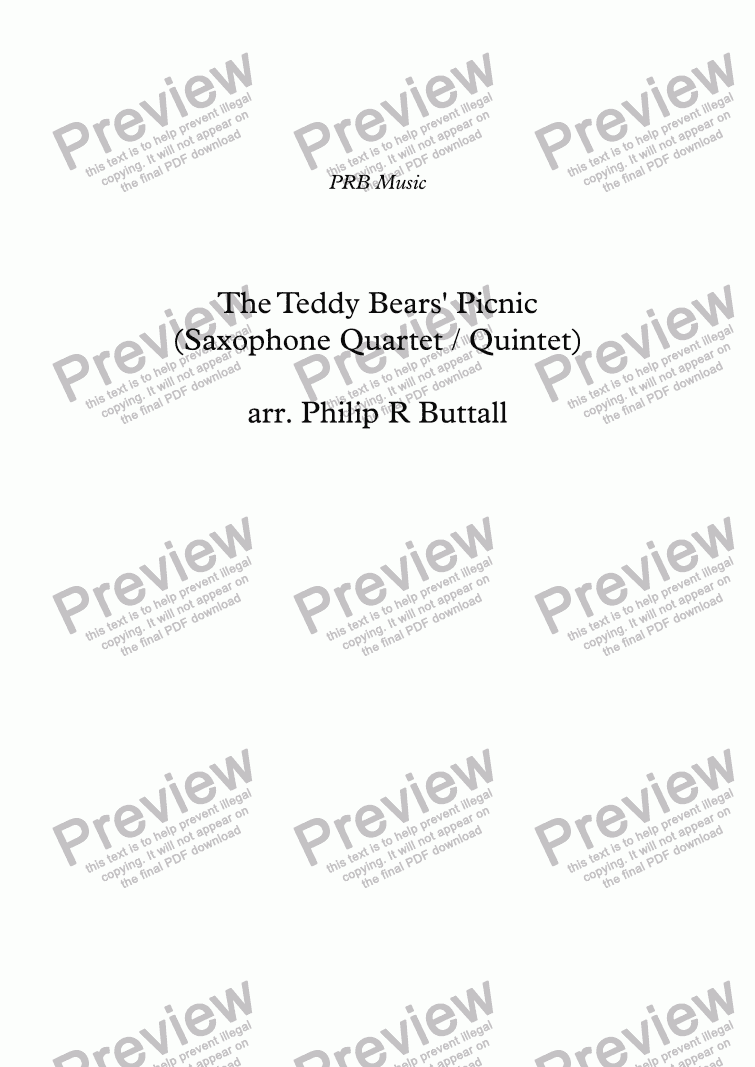 The Teddy Bears’ Picnic is a song consisting of a melody by American composer John Walter Bratton, written in 1907, and lyrics added by Irish songwriter Jimmy Kennedy in 1932. It remains popular as a children’s song, having been recorded by numerous artists over the decades. Kennedy lived at Staplegrove Elm and is buried in Staplegrove Church, Taunton, Somerset, England. Local folklore has it that the small wooded area between the church and Staplegrove Scout Hut was the inspiration for his lyrics.

I have kept the arrangement quite traditional, though given most instruments a fair bit to do. Rather than finish with the Trio, I have made a return to the opening, as I personally prefer this, for the sake of completeness.

As with my other saxophone ensemble pieces, I have actually intended it for quartet (soprano, alto, tenor and baritone), and it will function perfectly well with just these four instruments. However, there are many ensembles that add a second alto part, as a quintet certainly benefits from the slight advantage of five-part harmony.

Therefore, I have also included an Alto Saxophone (Optional) part, where a fifth player is available. As is the norm, this version is not exactly identical to any other, as certain minor changes have been made, for example, to accommodate pitch range, and the specific character of the saxophone per se.