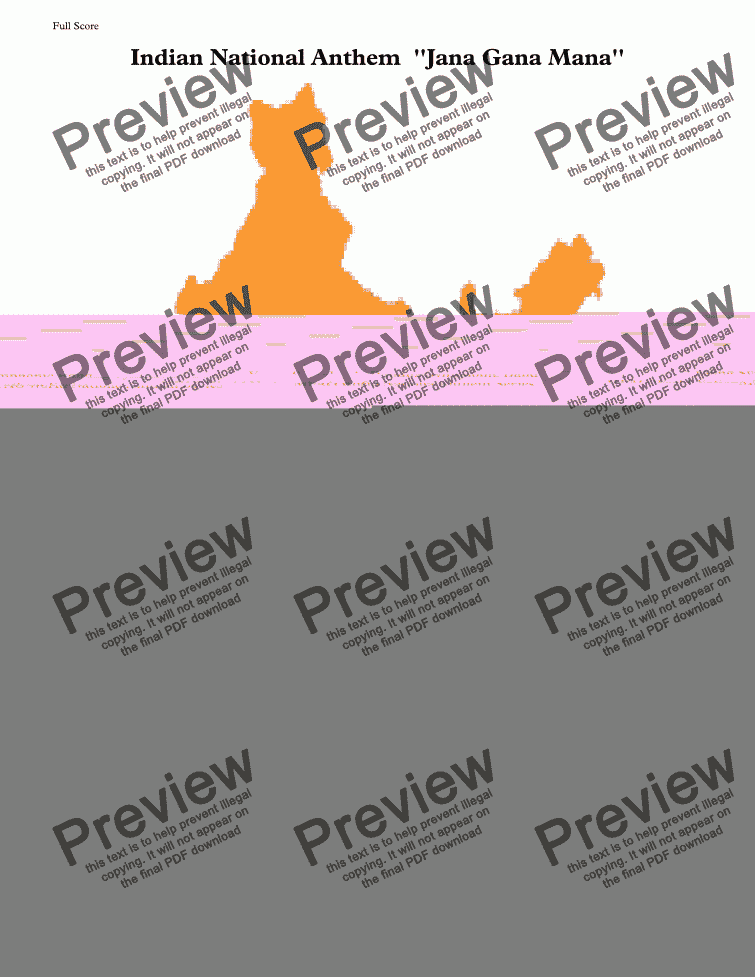 Price:
(+ VAT when applicable. Price is for score onlyPrice is for score and complete set of 15 parts)
Note: The publisher requires a minimum purchase of 1 licenses
Change currency...
You are purchasing high quality sheet music PDF files suitable for printing. You are purchasing a this music. Be sure to purchase the number of copies that you require, as the number of prints allowed is restricted.

An arrangement for young symphonic band of the national anthem of India.

Jana Gana Mana is the national anthem of India. Written in Bengali, the first of five stanzas of the Brahmo hymn titled Bharot Bhagyo Bidhata are attributed to Nobel laureate Rabindranath Tagore. The underlying message of Jana Gana Mana is pluralism.

It was adopted in its Hindi version by the Constituent Assembly as the National Anthem of India on 24 January 1950.The "Hindi version" simply means that the inherent vowel is changed from ô in Bengali to ə in Hindi in the official variation. No literal translation is done nor is necessary since the Sanskrit words in the anthem mean the same in all Indian languages. It was sung on 27 December 1911 at the Calcutta (now, Kolkata) Session of the Indian National Congress. A formal rendition of the national anthem takes fifty-two seconds. A shortened version consisting of the first and last lines (and taking about 20 seconds to play) is also staged occasionally. 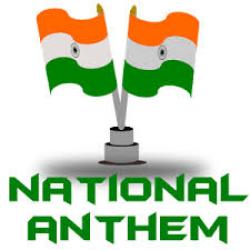 This is the No 1 store for national anthems in the world without doubt!