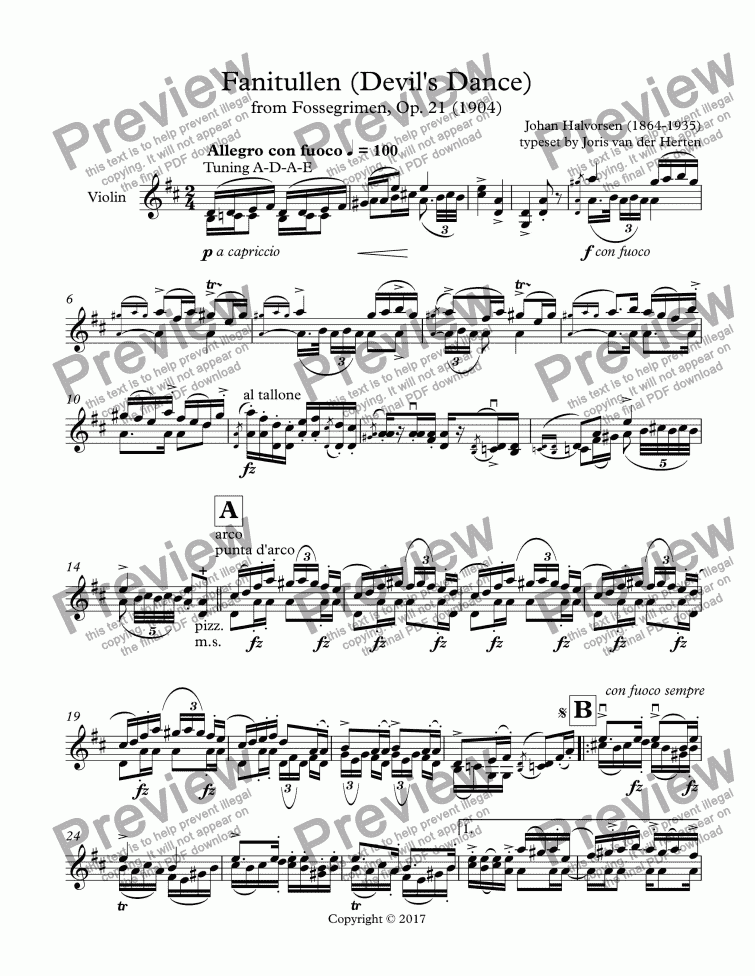 The "fanitul" is, according to Norwegian legends, a savage dance played by the devil and which he taught to village musicians. During country weddings, inevitably fights break out when the tones of these diabolical tunes sound.

In Scandinavian folklore, the fossegrim, also known simply as the grim (Norwegian) or Strömkarlen (Swedish), is a water spirit or troll who plays the fiddle, especially the Hardanger fiddle, and can be induced to teach the skill.

A Hardanger fiddle (Norwegian: hardingfele) is a traditional stringed instrument used originally to play the music of Norway. In modern designs, this type of fiddle is very similar to the violin, though with eight or nine strings (rather than four as on a standard violin) and thinner wood. Four of the strings are strung and played like a violin, while the rest, aptly named understrings or sympathetic strings, resonate under the influence of the other four. Most hardanger tunes are played in a common tuning (A-D-A-E).