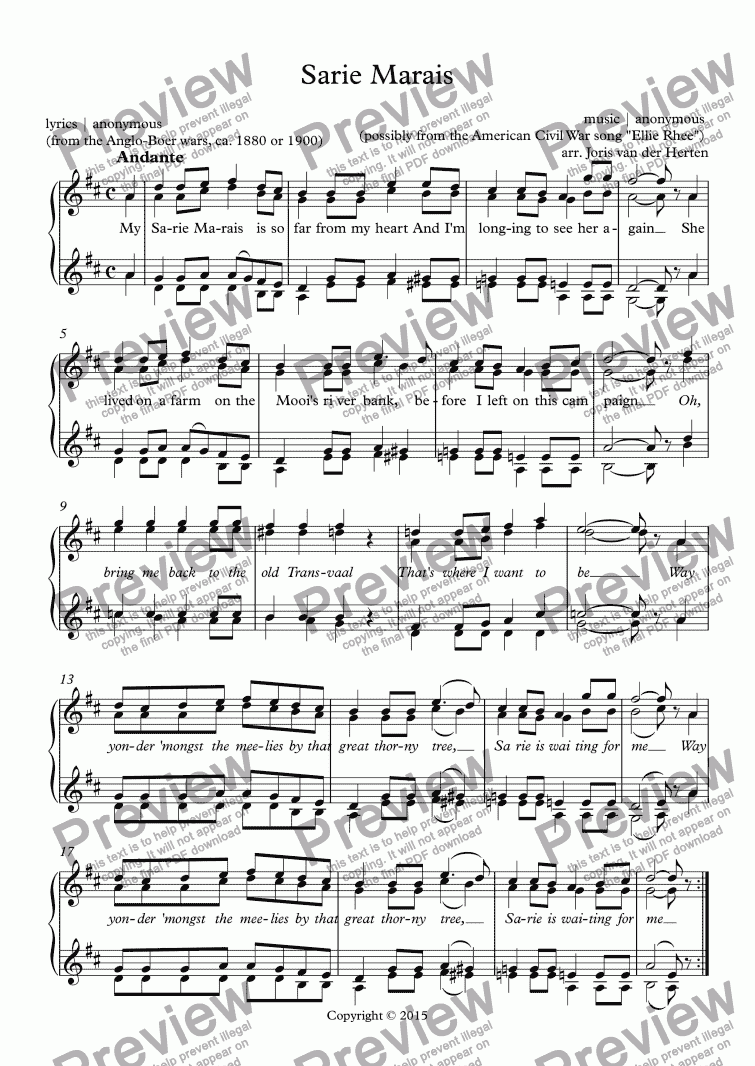 In the English translation, the song begins: "My Sarie Marais is so far from my heart but I hope to see her again. She lived near the Mooi River before this war began…"; and the chorus is: "Oh, take me back to the old Transvaal, where my Sarie lives, down among the maize fields near the green thorn tree, there lives my Sarie Marais." It continues about the fear of being removed far, "over the sea" (as the Boer men in fact were, by the ruling British authorities, who created the world's first concentration camps).