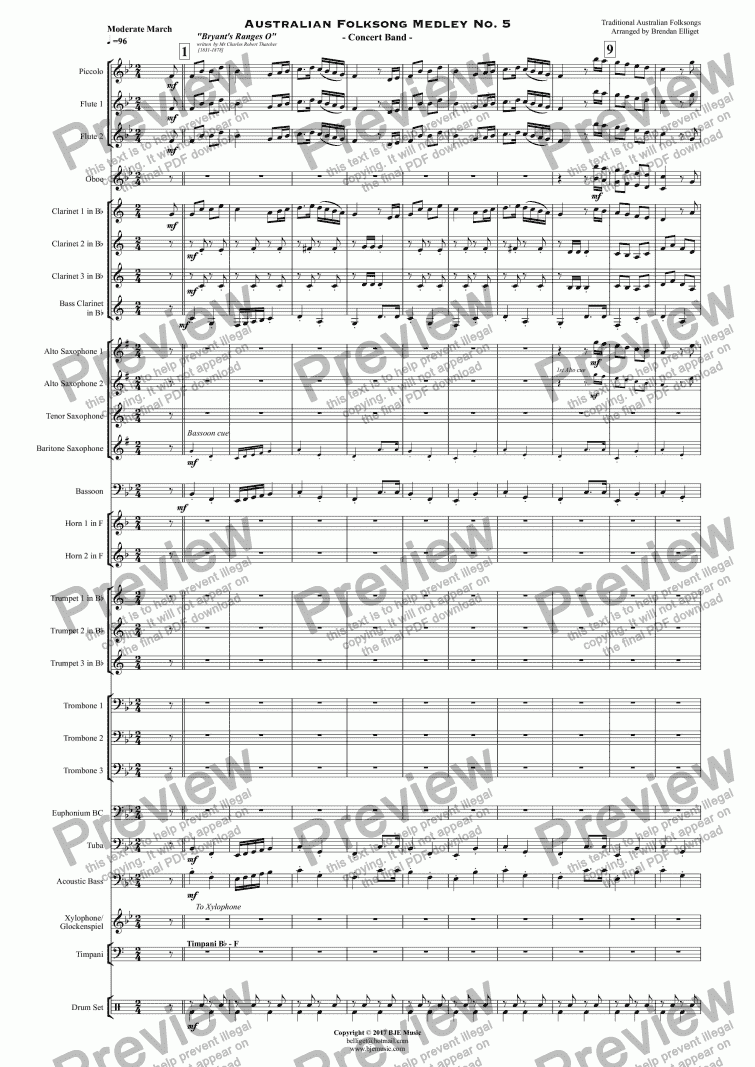 Price:
(+ VAT when applicable. Price is for score onlyPrice is for score and complete set of 29 parts)
Note: The publisher requires a minimum purchase of 1 licenses
Change currency...
You are purchasing high quality sheet music PDF files suitable for printing. You are purchasing a this music. Be sure to purchase the number of copies that you require, as the number of prints allowed is restricted.

This is a medley of three lesser-known Australian folk songs or songs for concert band as one continuous movement. The medley includes:

1. A moderate march-type tune 2/4 - “Bryant's Ranges, O” originally written and sung by Mr Charles Robert Thatcher [1831-1878] is song parody on the “Bay of Biscay, O”. And although strictly speaking not a traditional folk song, it does have the feel and the age of one.

2. Moderate Waltz tune 3/4 - "The Girl With The Black Velvet Band" is a traditional folk song collected from singers in Australia, England, Canada, Ireland and the United States describing how a young man is tricked and then sentenced to transportation to Australia, a common punishment in the United Kingdom during the 19th century. [Wikipedia]

"Well at each gate each shearer stood as the whistle loudly blew With eyebrows fixed and lips compressed the tigers all fell to Hark to the clicking of the shears as through the wool they glide You see our gun’s already turned and on the whipping side A lot of Lachlan Tigers it's plain to see we are Hark to our burly ringer as he loudly calls for tar “Tar here!” calls one and quick the tar boy flies “Sweep those locks away”, another loudly cries…"

An optional piano part is included in the PDF

The same arrangement is also available for Orchestra.

The MP3 was recorded with NotePerformer. 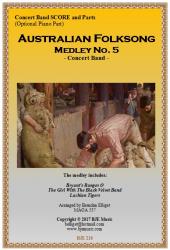