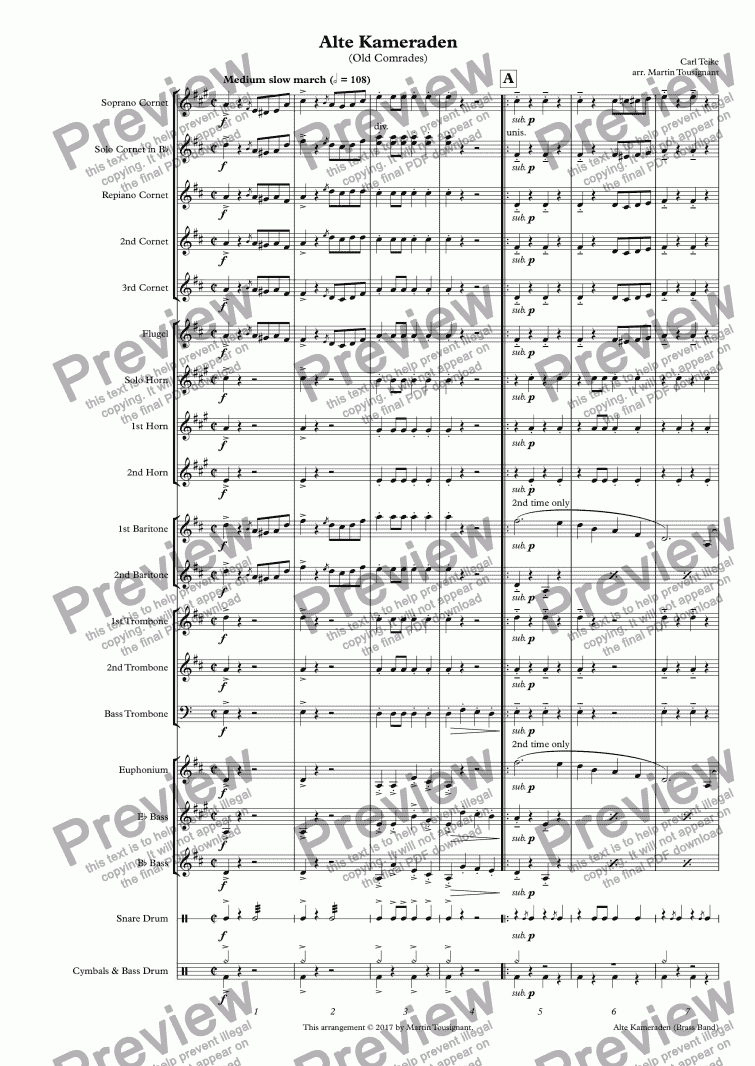 Price:
(+ VAT when applicable. Price is for score onlyPrice is for score and complete set of 19 parts)
Note: The publisher requires a minimum purchase of 1 licenses
Change currency...
You are purchasing high quality sheet music PDF files suitable for printing. You are purchasing a this music. Be sure to purchase the number of copies that you require, as the number of prints allowed is restricted.

Carl Teike—soldier, police officer, and composer of “Old Comrades” and a hundred other marches—was born in Altdamm, Germany in 1864, the son of a blacksmith. He served in a German army band under a resentful bandmaster whose meager talent he eclipsed. When he proffered his new march, “Old Comrades,” to his bandmaster in 1889, he was told to “throw the score in the oven, we have marches enough.” Having already met his service obligation, Teike thus proffered his resignation and was promptly accepted into the police academy.

I have transposed the entire score down a minor second to C major/F major concert, both for timbre and facility. As usual I have also edited the dynamics, articulations, and scoring. If you're playing this for Oktoberfest, remember that "friends don't let friends drink Bud Light!"