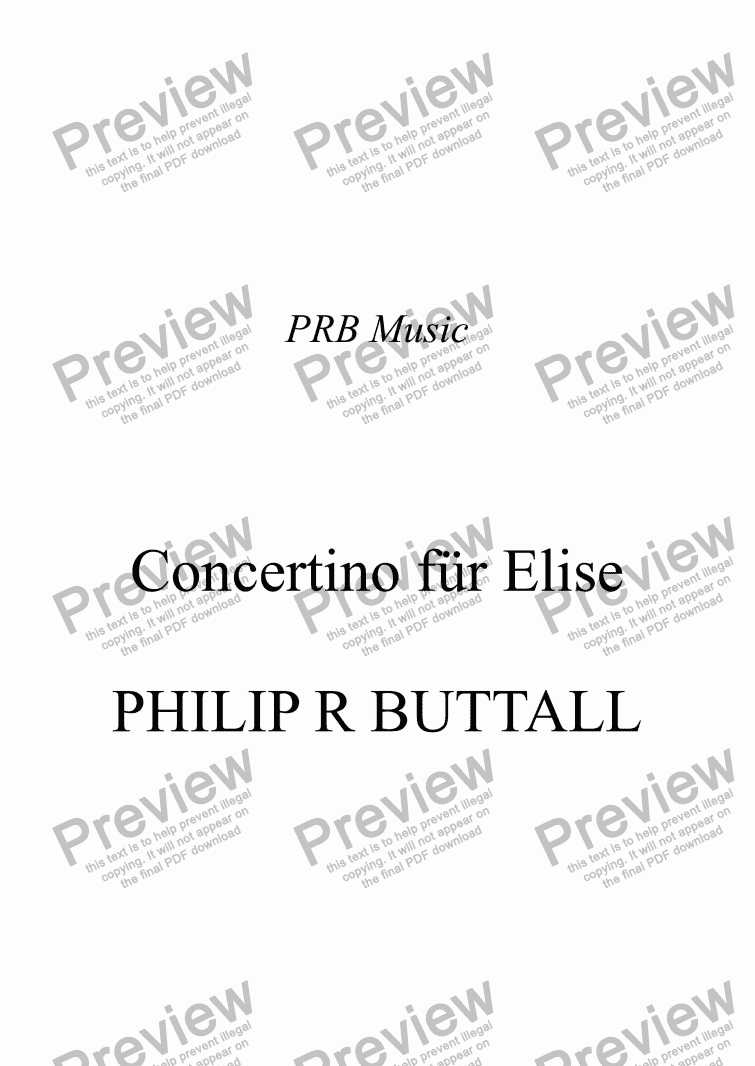 Concertino for Elise is based around Beethoven’s two-movement Sonatina in F for solo piano, which most young players will have played at some time. To this I have added his well-known Fur Elise - sorry about the missing Umlaut! - as a contrasting middle slow movement.
I have given this now three-movement piece a classical orchestral accompaniment, which should be manageable by a good school, or amateur orchestra.
The opening Allegro has been slightly extended to provide a short orchestral exposition, and I have added an optional cadenza in the final Rondo, both of which are designed to give more of a true ’concerto’ feel to the soloist, but without adding significantly to the overall difficulty.
Unlike some of my other arrangements, there has been no attempt, or need, to ’jazz up’ any of Beethoven’s original writing, and my own structural and orchestral additions have been made strictly to provide a young pianist (and orchestra) with an effective, yet straightforward little concerto, just like the ’real’ thing!
There are two Piano parts available. The first includes an orchestral reduction arranged for a second piano. This could also double up as a stand-alone piece for two pianos. The second simply gives the Piano part on its own, and could also do service as a stand-alone piece for a young student wanting a straightforward three movement ’sonata’, where the middle movement is the well-known Fur Elise, and there is some extra technical scope for display in the Rondo Finale, with the added, though optional cadenza thrown in!

A separate version now exists (see Associated Scores), which is just the second movement only (Fur Elise) - this has been priced accordingly.

STOP PRESS: The attached MP3 has been made using NotePerformer rather than Sibelius 7 Sounds. I think it makes for a more 'natural' sound overall. 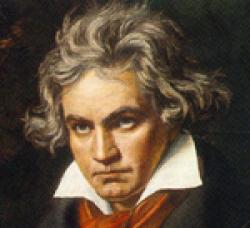 Reviews of Concertino for Elise