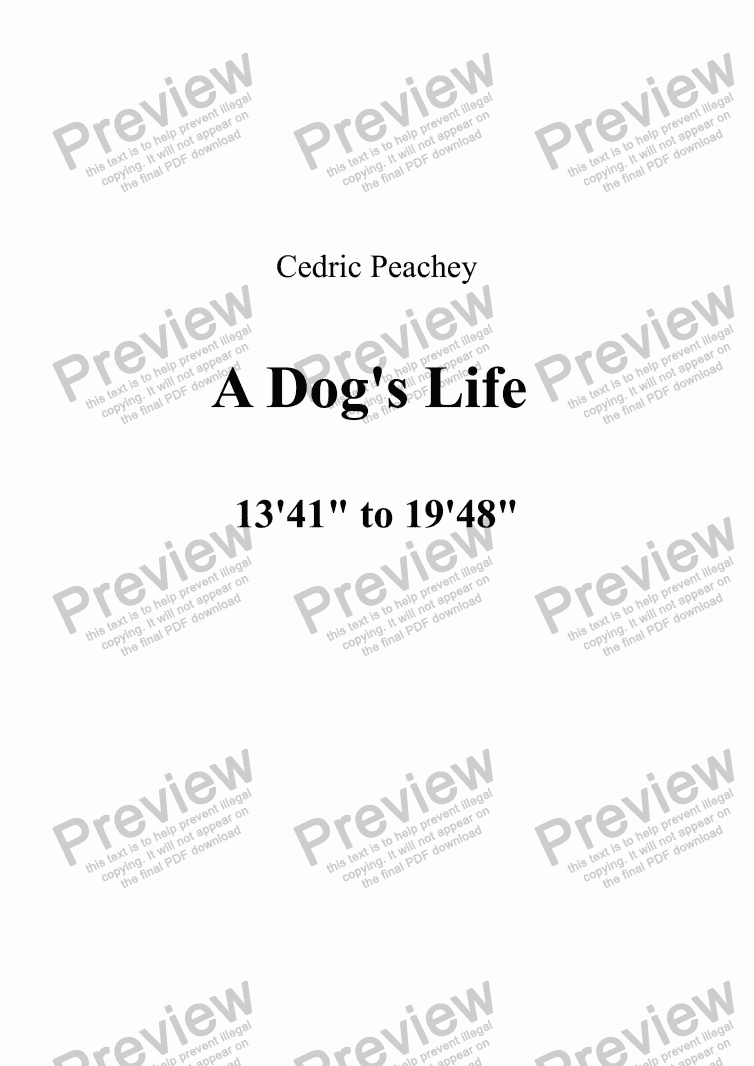 Written in response to a brief from the London Contemporary Chamber Orchestra, this soundtrack accompanies two episodes from Charlie Chaplin's silent film "A Dog's Life".

Scene 5: No Dogs Allowed The Tramp (Chaplin) wanders into The Green Lantern with Scraps (the Dog of the title) but is told to leave by the Proprietor, after ignoring the ‘No Dogs Allowed’ sign. The Tramp hides the puppy in his trousers, but as he walks back into the dance hall, Scraps' tail can be seen wagging through a hole in his trousers. The hot-dog vendor is seen again and he sells one to the drummer in the house band, who are on a break. As the Tramp bends over to tie his shoelaces, the puppy’s tail starts banging frantically against the bass drum and Scraps is eventually revealed (after enjoying several sneaky bites of the drummer’s hot dog). The band strikes up furiously to accompany a wild dancer, but then dies down to a mournful ballad when the next singer appears…

Scene 5a: Crying / ‘A new singer sings an old song’ The mood changes and the Singer [Edna Purviance] begins her sad, sad song, causing uncontrollable sobbing around the dance hall; the violinist can barely keep his bow on the instrument; the pianist is inconsolable and Edna herself sheds a few tears. The drummer and the Tramp have a stand-off over who can cry the hardest whilst a large woman showers tears over the Tramp, getting Scraps completely wet in the process. The Tramp eventually wanders off and the Edna leaves the stage, to be replaced by the wild dancer again. 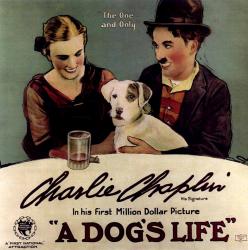