String Quintet No. 2 in B Minor: I. Variation-Sonata 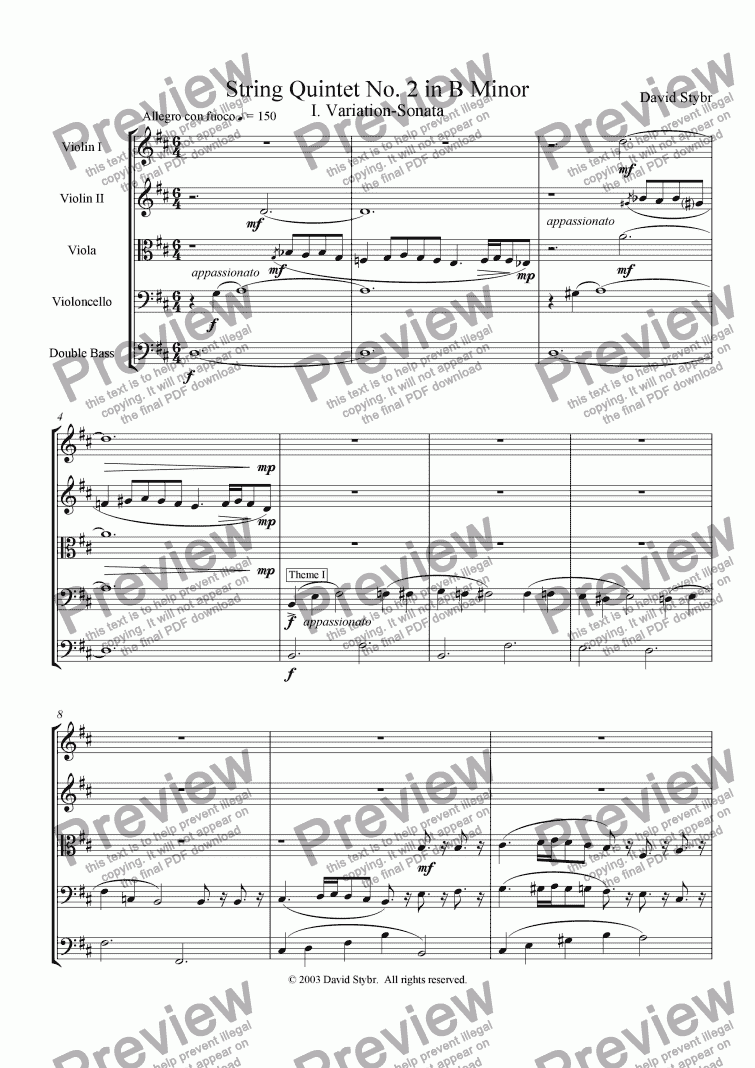 Commentary by Left Brain and Right Brain. LB: "This movement combines sonata form with variations. Two main themes are stated as in typical sonata form, but their treatments are more typical of variation technique. The brief Introduction is in D Minor, though the music soon moves into the tonic, B Minor. This presages the unusual tonal structure of the movement." RB: "A good little minor key sonata form usually states Theme I in the tonic minor (B Minor) and Theme II in the relative major (D Major), but you pretty much blew that out of the water. Instead, Theme II is in the tonic minor (D Minor) of the relative major. We can get away with this, because Theme I crawls around in half-steps, but Theme II is a slow valse triste which opens up into whole steps and almost sounds major by comparison. Am I making any sense?" LB: "Reasonably so, which itself is a novelty. Theme II is then varied into the codetta of the exposition. Next Theme I is restated in the dominant minor (F-Sharp Minor) and given 2 variations ? la valse grotesque; Theme II is restated in B Minor (the tonic) and varied once more; and finally a brief coda based on both Theme I and the Introduction concludes the movement." RB: "It couldn't come soon enough for me. The first movement was originally about twice as long, until I gutted some variations which were only for balance, but they were ballast instead. Keep it short and simple. About all we can say for sure is that we can write such damn good melodies!"

Reviews of String Quintet No. 2 in B Minor: I. Variation-Sonata