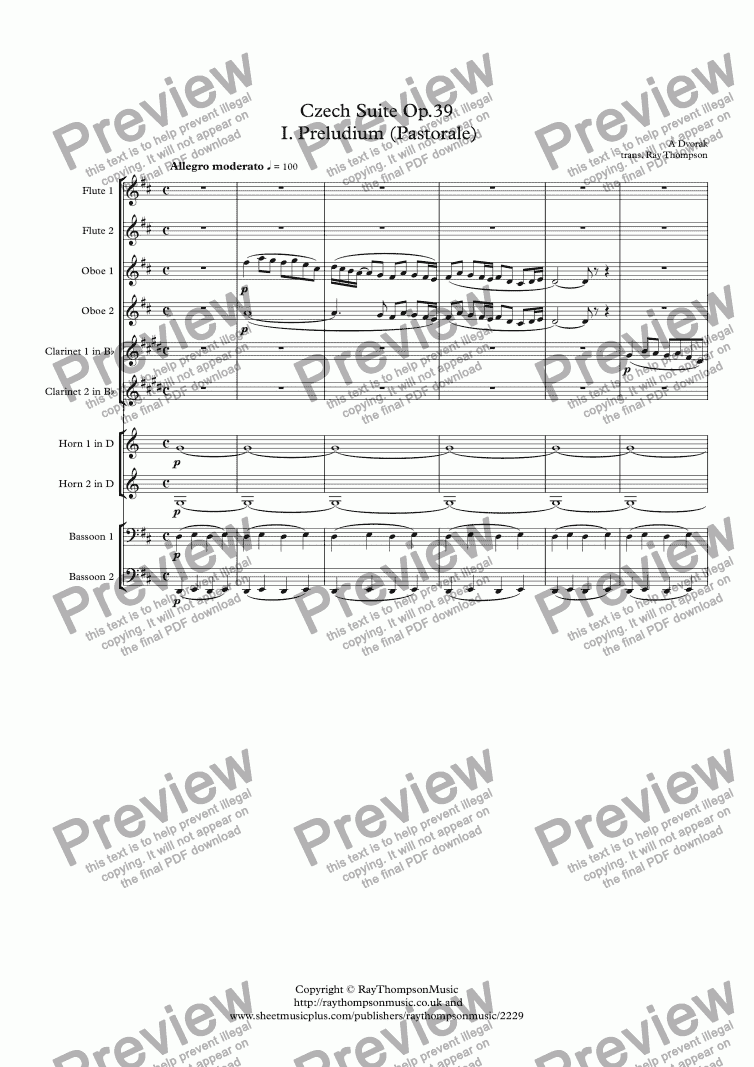 After the success of the Serenades in E major and D minor, Dvorak had in mind to write another work of the same formal disposition, this time incorporating Czech folk dances. For this objective, however, the label “serenade” was not wholly appropriate, thus the initial idea gradually crystallised into the decision to write a suite which, for the premiere, was given the subtitle “Czech”. The work was first performed in Prague on 16 May 1879 at a concert organised by the Association of Czech Journalists, conducted by Adolf Cech. A year later Dvorak conducted his Czech Suite himself in Prague, on 29 March 1880 at a benefit concert to raise money for the construction of the National Theatre. The work was published in 1881 by Berlin-based firm Schlesinger.

The Czech Suite is written in five parts. This is the first movement. The first, marked Preludio (Pastorale), is indeed something of a lyrical introduction to the subsequent movements, with very little contrast and a melodic line in the upper voices flowing smoothly above an ostinato bass figure consisting merely of two alternating whole tones. It is arranged for wind dectet (double wind quintet)

Horn parts are mostly original and are for Horn in D.