Adapted from the Octet in E-flat major, Op. 103 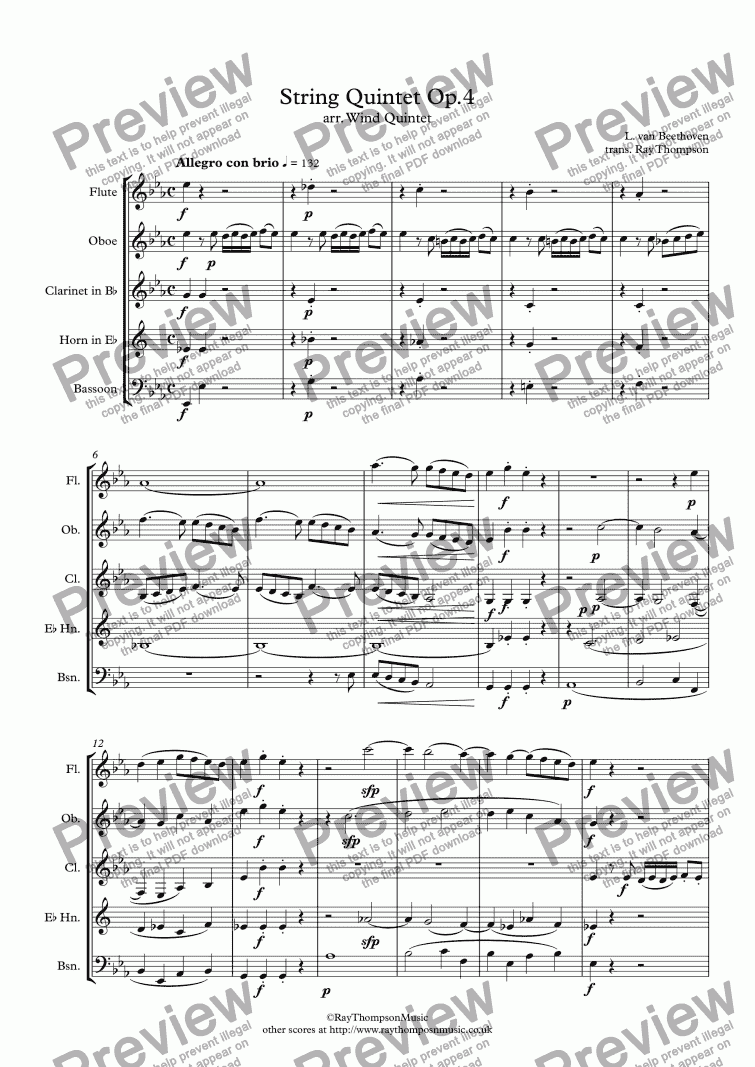 The quintet has been viewed as a mere transcription of the octet. However, there are a few differences between the two works. In the first movement, there are significant changes in the exposition and substantial ones in the development, reprise, and ending. The ensuing Andante employs new themes and involves significant changes in the ones retained. The Scherzo and finale are also substantially different: among other alterations, a second trio was added to the former and a new alternate theme was inserted in the latter.

This arrangement is for wind quintet. (Horn in Eb) but horn in F also provided.

Bassoon, Clarinet in B^b, Flute, Horn in E^b, Horn in F and Oboe

Bassoon, Clarinet in B^b, Flute, Horn in E^b, Horn in F and Oboe