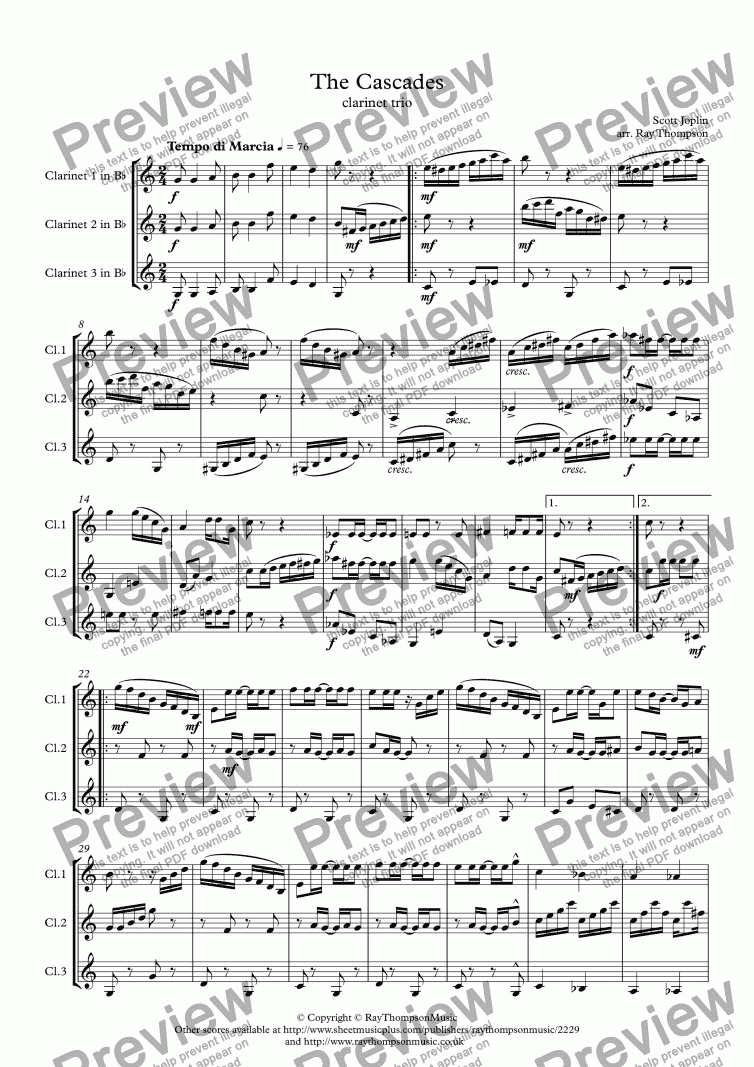 The original piano rag, which was once advertised by Joplin's publisher as being "as high-class as Chopin," was composed upon the occasion of the World's Fair in St. Louis in 1904. This World's Fair was known as the Louisiana Purchase Exposition and celebrated the centennial of the historic event that doubled the size of the United States and launched an age of exploration and Western expansion. The fair, which attracted an estimated 20 million people from around the world, encouraged visitors to look back to the nation's frontier days while looking ahead to progress in the fields of technology, science, and medicine. Exhibits from fifty foreign countries and almost all of the states ensured that fairgoers had a good time.

The "cascades" of Joplin's title were part of "the most beautiful feature of the Exhibition," as a souvenir photo book from the fair phrased it. Fourteen waterfalls flowed into a basin in front of the fair's centerpiece, Festival Hall, with the Colonnade of States surrounding it. Festival Hall was the fair's main venue for music performances and housed the world's largest pipe organ at the time. Joplin probably visited the fair when it opened, and the "Cascades" rag could often be heard there.