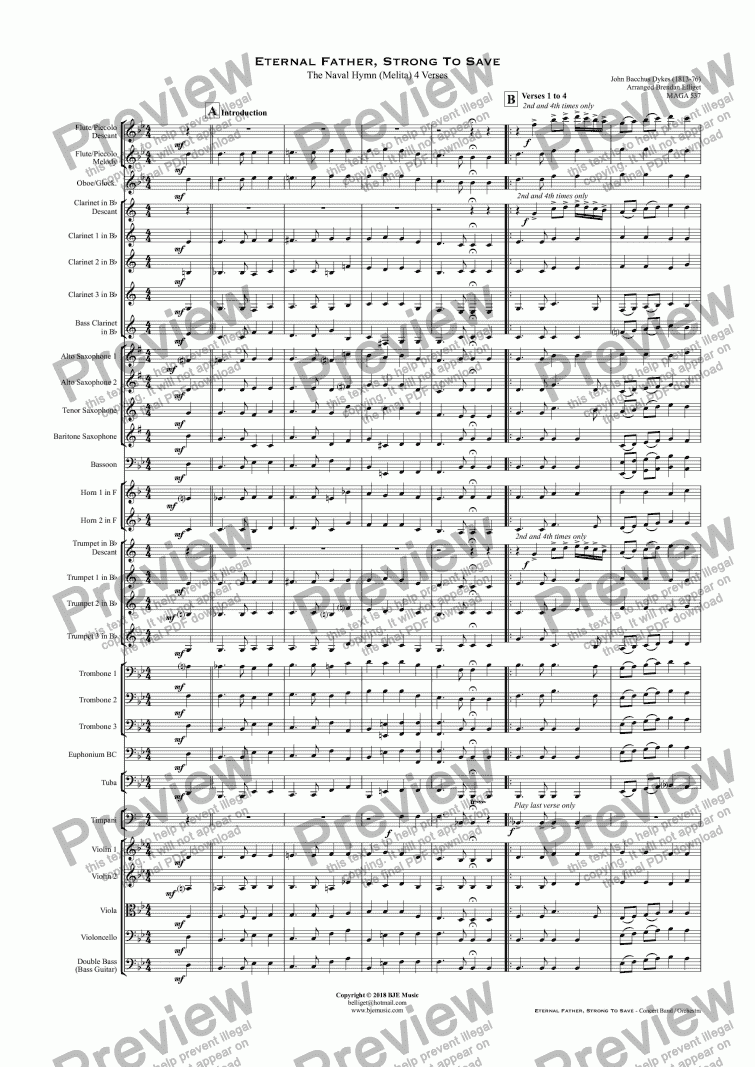 Price:
(+ VAT when applicable. Price is for score onlyPrice is for score and complete set of 36 parts)
Note: The publisher requires a minimum purchase of 1 licenses
Change currency...
You are purchasing high quality sheet music PDF files suitable for printing. You are purchasing a this music. Be sure to purchase the number of copies that you require, as the number of prints allowed is restricted.

“Eternal Father, strong to save, Whose arm hath bound the restless wave, Who bidd'st the mighty ocean deep Its own appointed limits keep; Oh, hear us when we cry to Thee, For those in peril on the sea!

O Christ! Whose voice the waters heard And hushed their raging at Thy word, Who walkedst on the foaming deep, And calm amidst its rage didst sleep; Oh, hear us when we cry to Thee, For those in peril on the sea!”

"Eternal Father, Strong to Save" is a hymn traditionally associated with seafarers, particularly in the maritime armed services. Written in 1860, its author William Whiting was inspired by the dangers of the sea described in Psalm 107. It was popularised by the Royal Navy and the United States Navy in the late 19th century, and variations of it were soon adopted by many branches of the armed services in the United Kingdom and the United States. Services who have adapted the hymn include the Royal Marines, Royal Air Force, the British Army, the United States Coast Guard and the United States Marine Corps, as well as many navies of the British Commonwealth. Accordingly, it is known by many names, variously referred to as the Hymn of Her Majesty's Armed Forces, the Royal Navy Hymn, the United States Navy Hymn (or just The Navy Hymn), and sometimes by the last line of its first verse, "For Those in Peril on the Sea". The hymn has a long tradition in civilian maritime contexts as well, being regularly invoked by ship's chaplains and sung during services on ocean crossings. [Wikipedia]

This arrangement is for full Concert Band or Orchestra or a combination of both. There is an optional Piano/Organ part – not on the score. There are descant parts for Flute/Piccolo, Clarinet and/or Trumpet. Extra parts for Horns in Eb, Basses in Bb and Eb as well. Especially suitable for ANZAC Day.

The MP3 was recorded with NotePerformer. 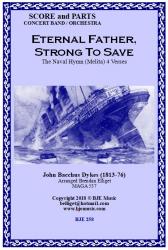 Reviews of Eternal Father, Strong To Save - Concert Band / Orchestra