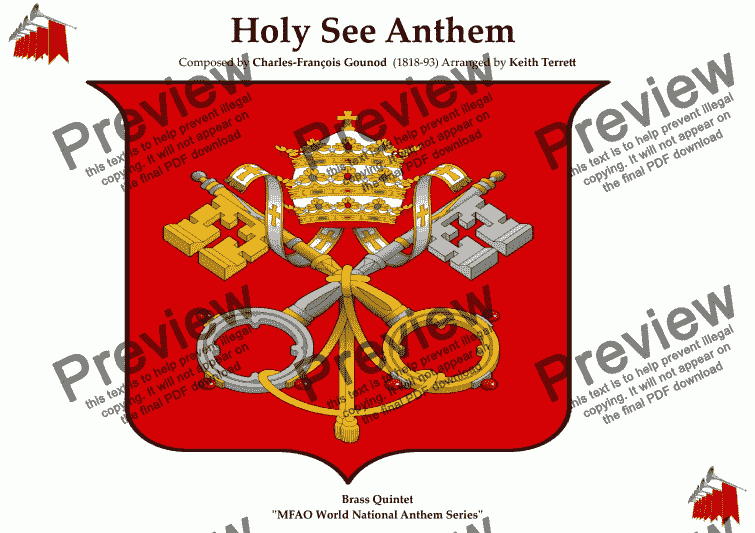 While the Papal Anthem also serves as the national anthem of the Holy See and the Vatican City State, the Vatican stresses that it "is not to be understood as a national anthem"; it is a composition whose words and music "speak to the heart of many throughout the world who see in Rome the See of Peter.

The Holy See (Italian: Santa Sede; Latin: Sancta Sedes; Ecclesiastical Latin: [ˈsaŋkta ˈsedes]), also called the See of Rome, is the ecclesiastical jurisdiction of the Catholic Church in Rome, the episcopal see of the Pope, and an independent sovereign entity. It serves as the central point of reference for the Catholic Church everywhere and the focal point of communion due to its position as the pre-eminent episcopal see of the universal church. Today, it is responsible for the governance of all Catholics, organised in their Particular Churches, Patriarchates and religious institutes.

As an independent sovereign entity, holding the Vatican City enclave in Rome as an independent state, it maintains diplomatic relations with other states. It is viewed as analogous to a state while administered by the Roman Curia (Latin for Roman Court), similar to a centralised government with the Cardinal Secretary of State as its chief administrator, and various dicasteries, comparable to ministries and executive departments.

The expression "the Holy See" (without further specification) is normally used in international relations (and in the Canon law of the Catholic Church) to refer to the See of Rome viewed as the central government of the Catholic Church. Need an anthem fast? They are ALL in my store! All my anthem arrangements are also available for Orchestra, Recorders, Saxophones, Wind, Brass and Flexible band. If you need an anthem urgently for an instrumentation not in my store, let me know via e-mail, and I will arrange it for you FOC if possible! keithterrett@gmail.com 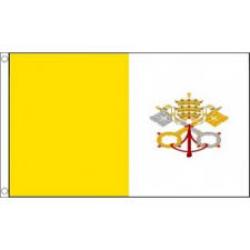