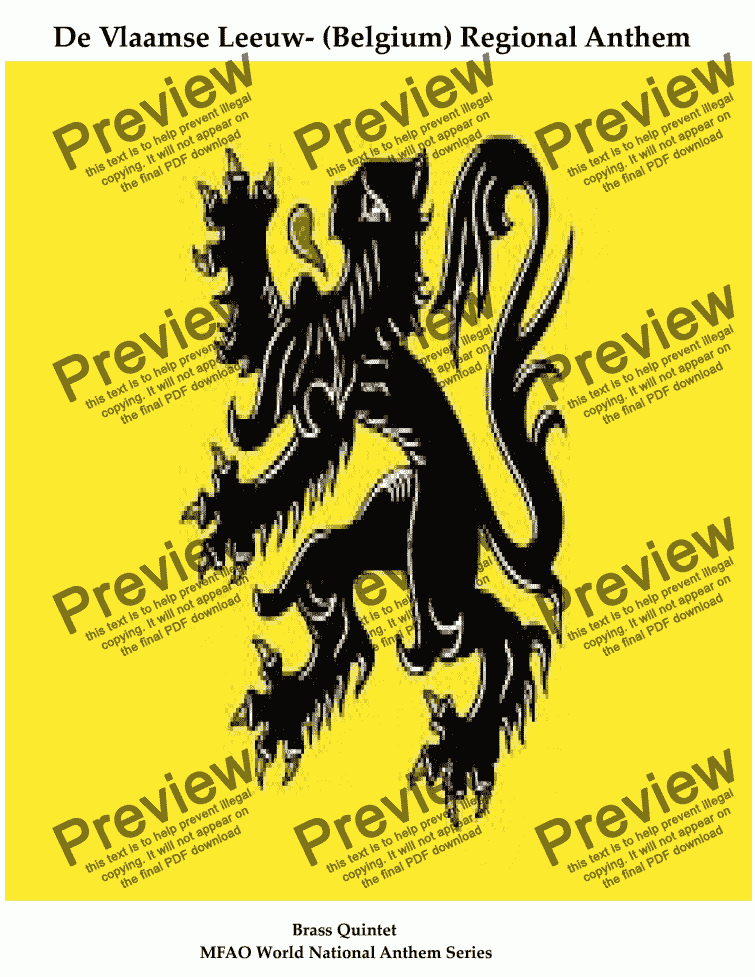 Arranged for classical Brass Quintet, De Vlaamse Leeuw "The Flemish Lion") is the official anthem of Flanders, a region and community in the federal Kingdom of Belgium. The words of this anthem were written in July 1847 by Hippoliet Van Peene (1811–1864) who was clearly inspired by the song Sie sollen ihn nicht haben, / den freien Deutschen Rhein, / So lang sich Herzen laben / An seinem Feuerwein (They must never get our free German Rhine, As long as hearts relish its fiery wine) by the German author Nikolaus Becker.

The music, by Karel Miry (1823–1899), is apparently influenced by Robert Schumann's Sonntags am Rhein.

Around 1900 the anthem was in general use among Flemish militants.

On 6 July 1973, a decree by the then Cultuurraad voor de Nederlandse Cultuurgemeenschap (nl) (the precursor of the present Flemish Parliament) proclaimed the first two stanzas to be the official national anthem of Flanders. The text and musical notation were officially published on 11 July 1985. Need an anthem fast? They are ALL in my store! All my anthem arrangements are also available for Orchestra, Recorders, Saxophones, Wind, Brass and Flexible band. If you need an anthem urgently for an instrumentation not in my store, let me know via e-mail, and I will arrange it for you FOC if possible! keithterrett@gmail.com 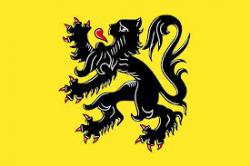