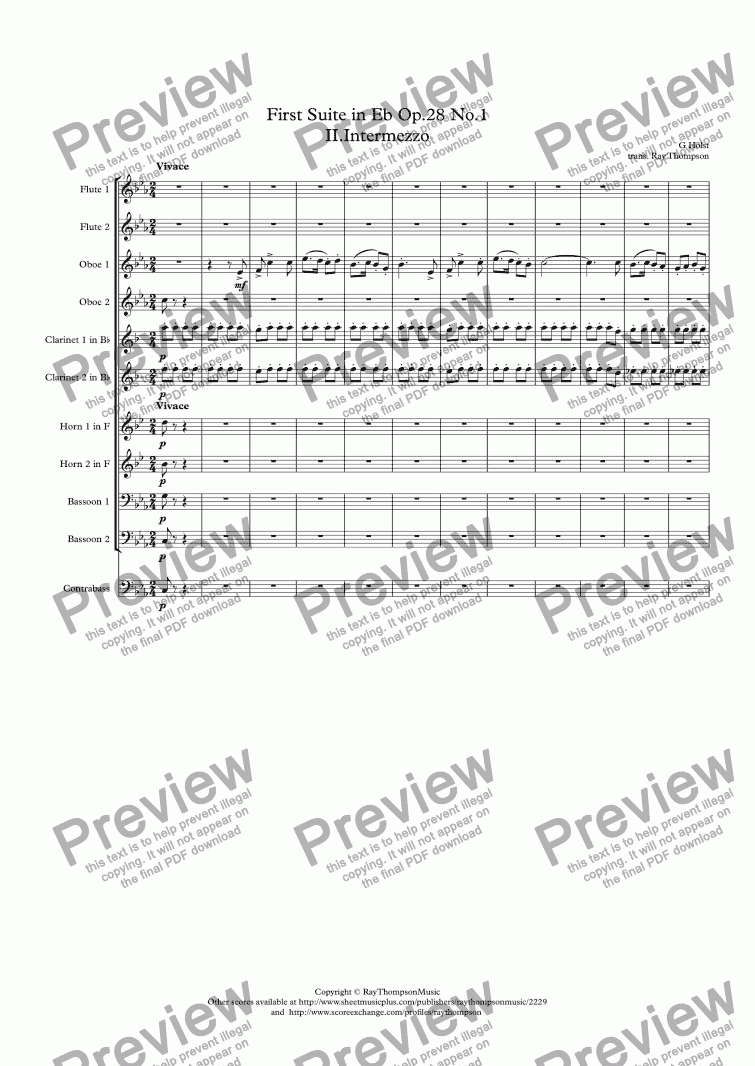 The First Suite in E♭ for Military Band, Op. 28, No. 1, by the British composer Gustav Holst is considered one of the cornerstone masterworks in the concert band repertoire. Officially premiered in 1920 at the Royal Military School of Music, the manuscript was originally completed in 1909. Along with the subsequent Second Suite in F for Military Band, written in 1911 and premiered in 1922, the First Suite was the catalysing force that convinced many other prominent composers that serious music could be written specifically for the combination of woodwinds, percussion and brass. Works such as the English Folk Song Suite (1923) of Ralph Vaughan Williams and the William Byrd Suite (1923) of Gordon Jacob are leading examples.

This is my arrangement of the second movement " Intermezzo"

It is arranged for wind decte/double wnd quintet and bass.