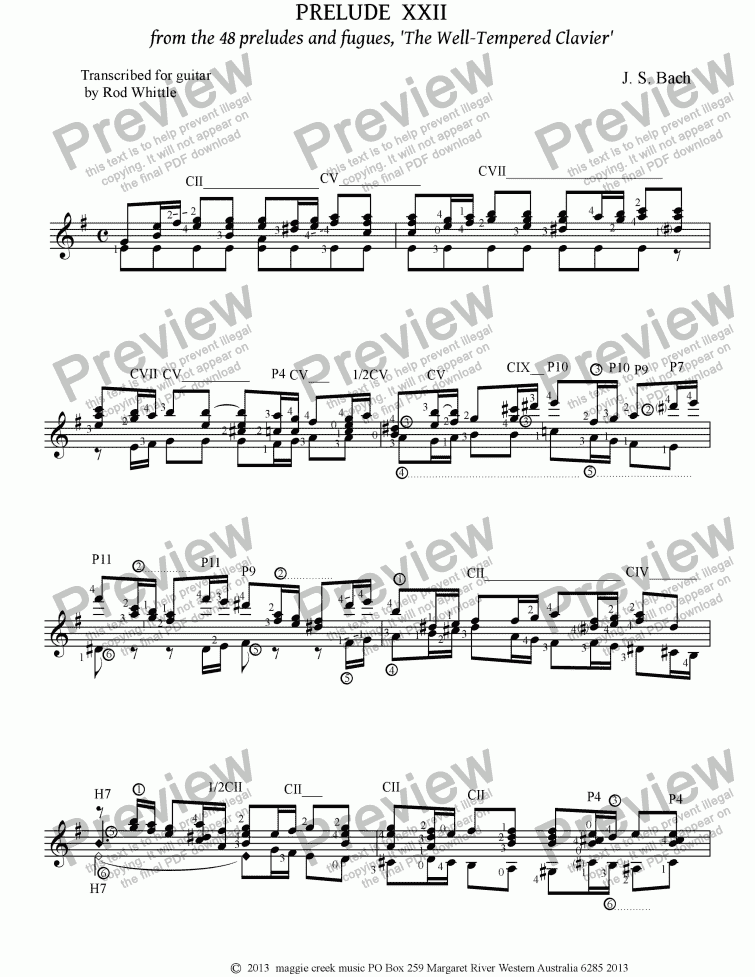 J.S. Bach is the most famous of a German family of musicians. He was esteemed as an organist in his time, and received major standing as a composer due to a 19th-century revival. He was provincial, devoutly religious and produced a huge volume of both secular and ecclesiastical music noted for its prodigious counterpoint and harmonic expressiveness.

The following opinions give you some idea of his unique place in music: Mozart; ‘Now there is music from which a man can learn something.’ Brahms; ‘Study Bach; there you will find everything.’ Beethoven (who looked after Bach's impoverished daughter) ‘…an immortal god of harmony.’ Wagner; ‘…the most stupendous miracle in all of music.’ Debussy; ‘…a benevolent god to which all musicians should offer a prayer to defend themselves against mediocrity.’

Recognised as one of the most influential works in the history of Western music, the 48 preludes and fugues were composed in two books, each having a prelude and fugue (pair) written in the 12 major and minor keys. The title ‘Well Tempered Clavier’ refers to the piano tuning of the time that evolved to the current ‘equal temperament’ tuning.

Prelude twenty two fascinatingly illustrates features of composition such as inexorable bass, contrary motion, sequences, and consecutive thirds and other intervals. It is worth noting that the emotional effects of these, as found here, are only possible in tonal music. The counterpoint is layered thickly enough at times for the harmony to be obvious, but as ever with Bach, even with just one or two lines there is a strong feeling of harmonic progress. Everything seems to turn on this unparalleled harmonic gift.