Overture to Maria Marten or Murder In The Red Barn 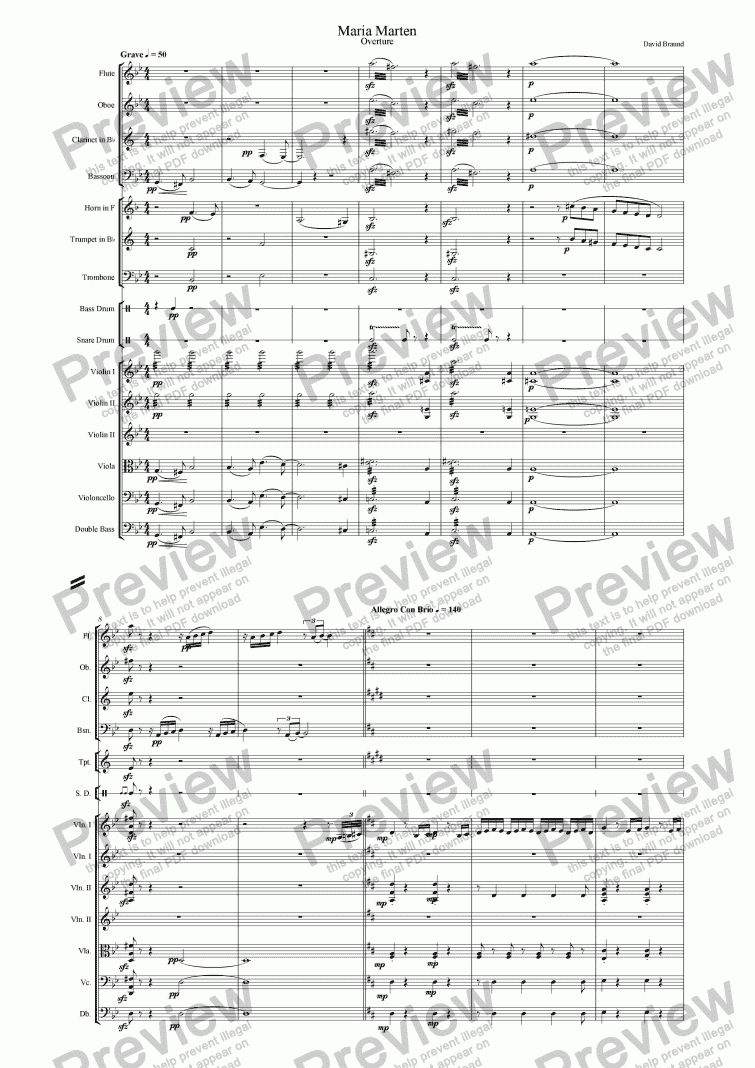 Here is my Overture 'Maria Marten'. I would describe it as Gothic Baroque Romantic pastiche. It was written for a production of the tragical, comical, historical drama of 'Maria Marten' or 'Murder in the Red Barn', which opened at Sutton Public Hall in December 1963. I was in the middle of rehearsing the orchestra and a section of the local Salvation Army Brass Band when the news came that John F. Kennedy had been shot. So for me this is one of those 'I know where I was when…' moments. There were also over a hundred separate musical cues which accompanied the play like a silent film. All the main characters had their own music which heralded their entry on to the stage. By the second act, the audience knew who was coming on next and were already cheering (the hero) or hissing (the villainous Corder) before they appeared. The overture contains some of these cues and at nearly ten minutes long with the lights half down, the audience was emotionally drained (anxious? impatient?) even before the curtain went up. On the last night, so I am told, people were seen being assisted from the auditorium - better than any write-up. Although there was a review in the local paper to the effect that not since a visiting orchestra of sixteen lady cellists had the Sutton Public Hall known anything like it.

Should anyone be insane enough to want to perform it, I can make parts available.

In order to submit this score to ScoreExchange.com David Braund has declared that they own the copyright to this work in its entirety or that they have been granted permission from the copyright holder to use their work. If you believe that this score should be not available here because it infringes your or someone elses copyright, please report this score using the copyright abuse form.