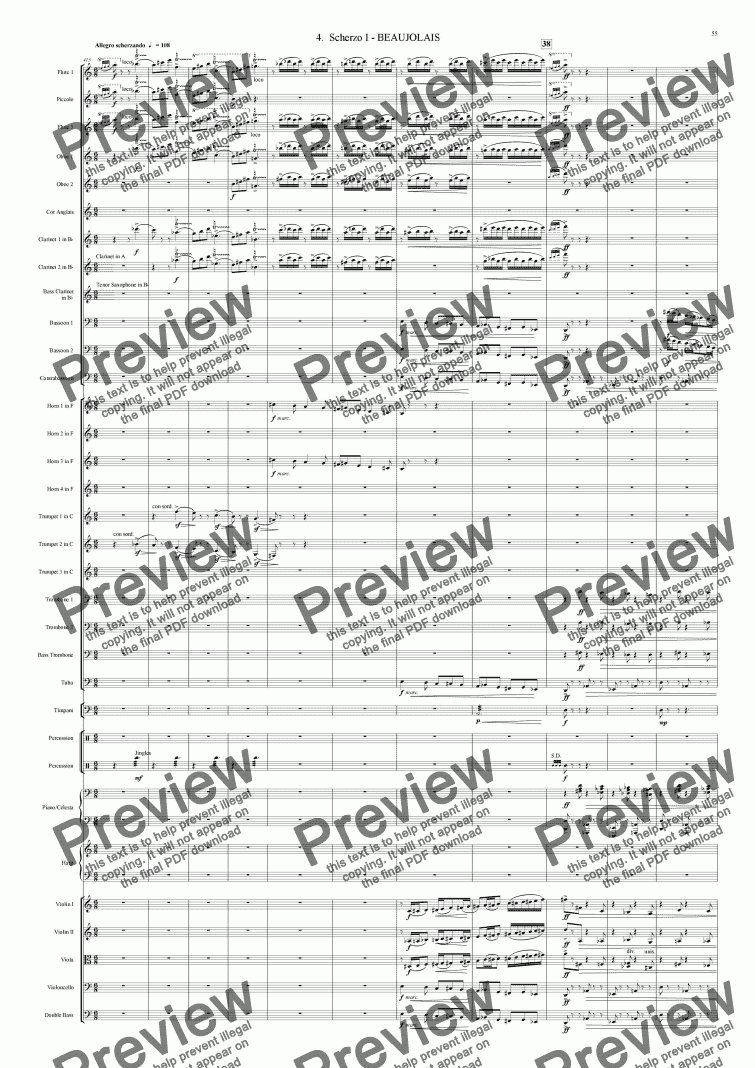 Composer
Derek Bourgeois
Year of composition
1978
Lyricist
none
Difficulty
Difficult (Grades 7+)
Duration
12 minutes
Genre
Modern classical music
License details
For anything not permitted by the above licence then you should contact the publisher first to obtain permission.

Tonal centre D flat major (Roman?e Conti, Chambertin, La T?che, Richebourg, Musigny, Ech?zeaux, Corton, the incomparable Montrachet, Meursault Genevri?res, and Corton Charlemagne) The heart of the symphony. The great red and white Burgundies have an incomparable richness which is almost decadent. They have been described as ?mingled velvet and satin?, and of making ?a peacock’s tail? in the mouth. The Pinot Noir (red wines) and the Pinot Chardonnay (whites) appear in alternation gradually increasing in richness of harmony and figuration, and culminating in a musical ?peacock’s tail?. The two themes are closely related both rhythmically and melodically. As in the Bordeaux movement the music ends wistfully, but with a deep inner satisfaction.