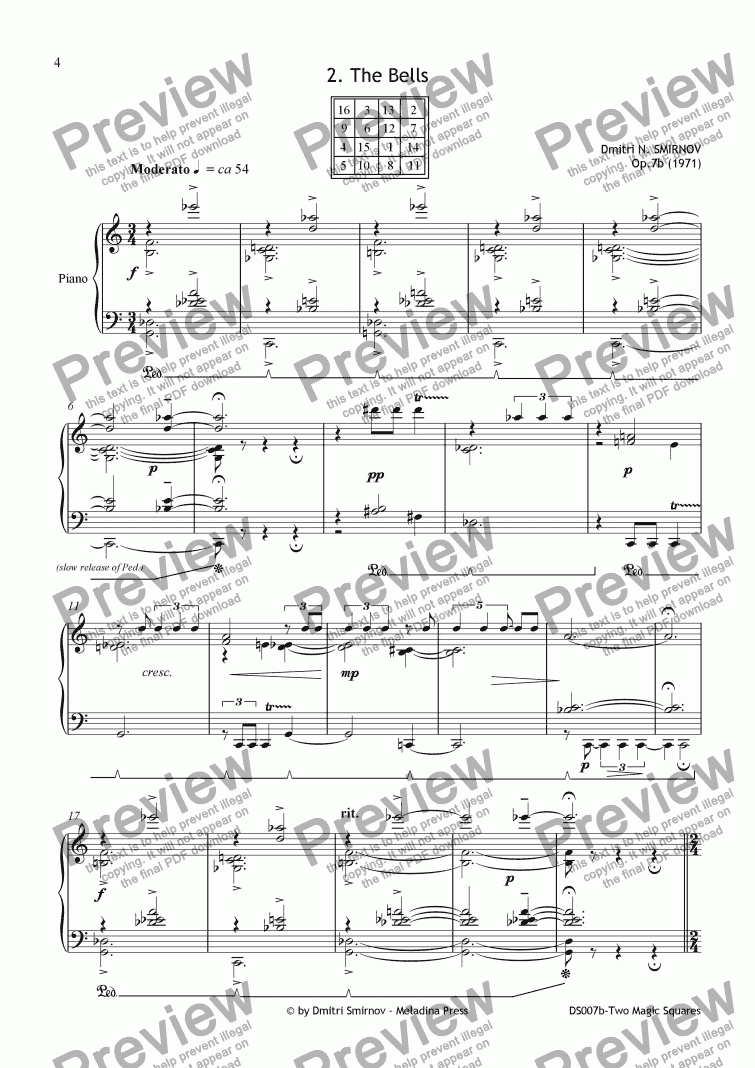 For the second piece of TWO MAGIC SQUARES �The Bells� I use the four-celled magic square of 16 numbers similar to that on Albrecht D?rer�s engraving titled �Melancholia� (1514). It is named �super-magic�, �pan-magic� or even �diabolic� because of its perfect structure: the sum of every horizontal, vertical, diagonals and also of every small, middle and large inner square and even of every broken diagonal (triangular and rectangular) is 34. All these rows of the numbers control the pitch of the piece, that uses also the idea of the scales of increasing or decreasing intervals. The process of exhaustion has 54 steps which divided into five groups or levels: 1) horizontals, verticals and diagonals; 2) inner squares (beginning from bar 22); 3) inner squares (inversion � from bar 35); 4) horizontals, verticals and diagonals (inversion � from bar 49): 5) broken diagonals (from bar 67).

In 1980, Moscow Publishers �Muzyka� published the pieces under the title �Two Pieces� in the collection �Piano Works by Soviet Composers� Vol.3. However, in November 2003 I made a revision of both pieces changing tempi, dynamics, some elements of the texture, and expanding a bit the second piece.