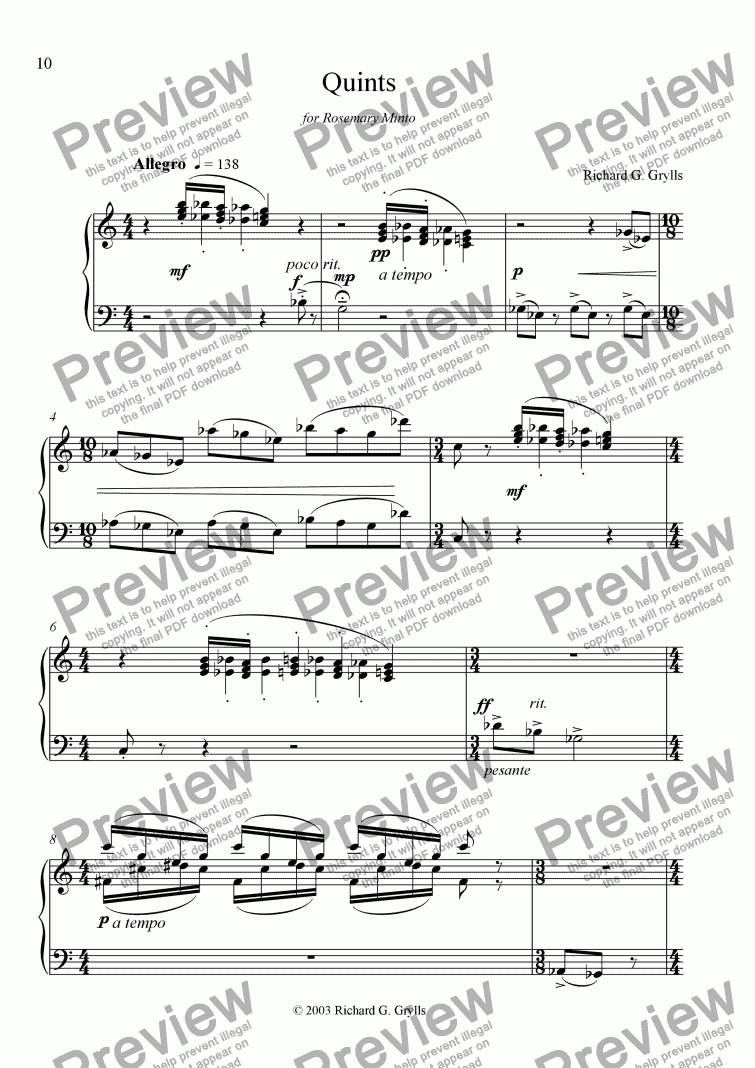 These four pieces were written in the mid 1970s. Pfwssssh…. was performed by Lena Jeffrey in a concert at her school in Edinburgh, but the authorities decided that the rather more mundane 'Vivace ritmico' was a more suitable title for the young ladies in the audience! Speed the Plough was an essay in the direction of popular jazz style; Bredon was inspired by the sights and sounds on Bredon Hill, Worcestershire (an area which also inspired the poet A. E. Housman), and Quints was written for a friend who decided she needed something a bit more gritty to play.