A Tail of Two Fishes 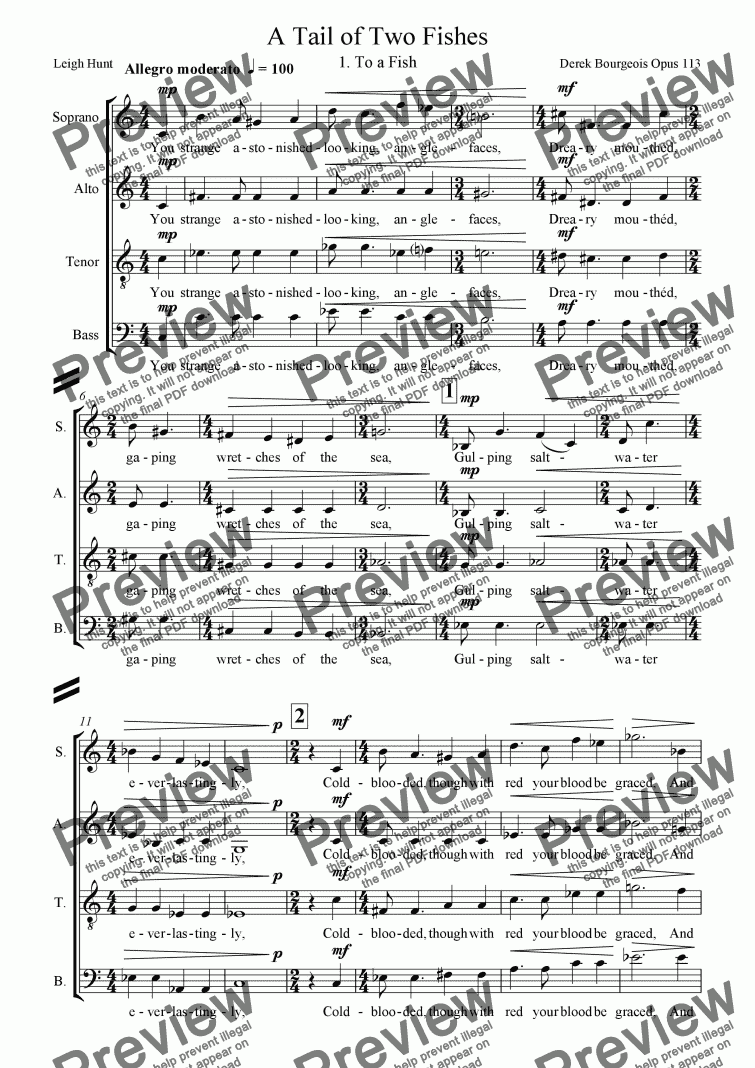 The work was written in response to a commission from the Cork Festival. It was first performed there in 1989 by the BBC Singers, conductor John Poole. It consists of settings of two rather whimsical poems by Leigh Hunt. In the first, a man looks at a fish, and pities its existence, and in the second, the fish looks back and has some rude things to say about the lot of mankind. There will be those amongst you who will recognise the last (but not lost) chord!

In order to submit this score to ScoreExchange.com Derek Bourgeois has declared that they own the copyright to this work in its entirety or that they have been granted permission from the copyright holder to use their work. If you believe that this score should be not available here because it infringes your or someone elses copyright, please report this score using the copyright abuse form.

Reviews of A Tail of Two Fishes