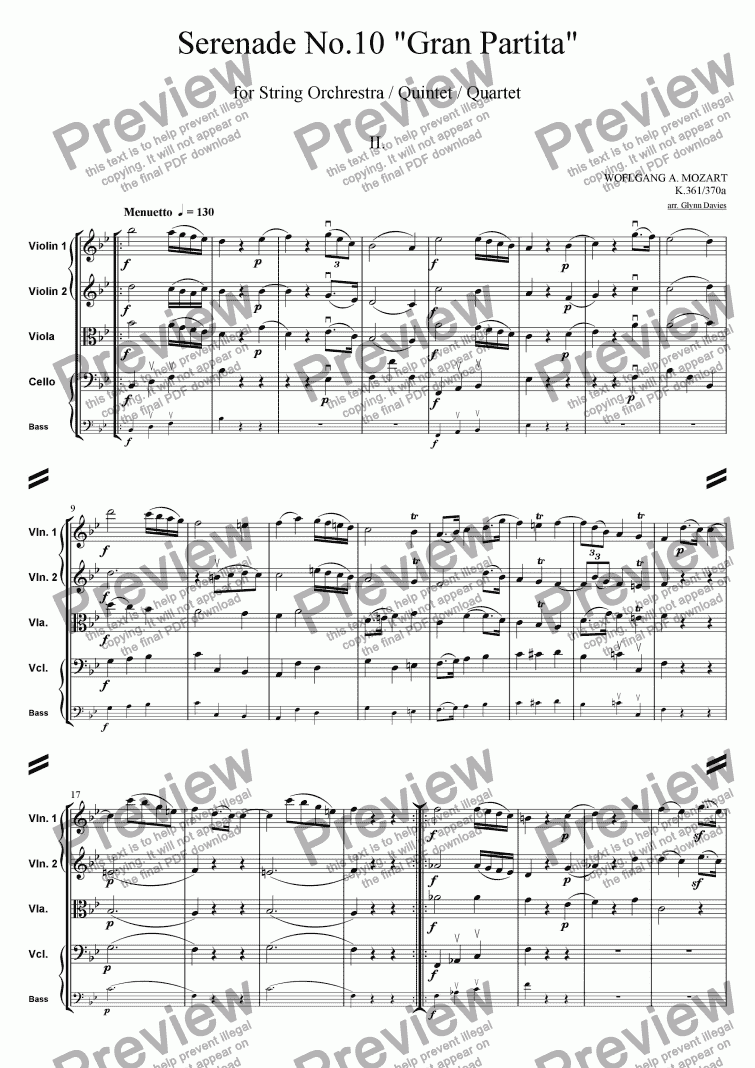 Composer
Wolfgang A. Mozart
Year of composition
1781
Arranger
Glynn Davies
Difficulty
Difficult (Grades 7+)
Duration
9 minutes
Genre
Classical music
License details
For anything not permitted by the above licence then you should contact the publisher first to obtain permission.

This arrangement of the second movement is for standard string quartet, with an optional bass part for use with string orchestra.