The Dog Outwits The Kidnapper 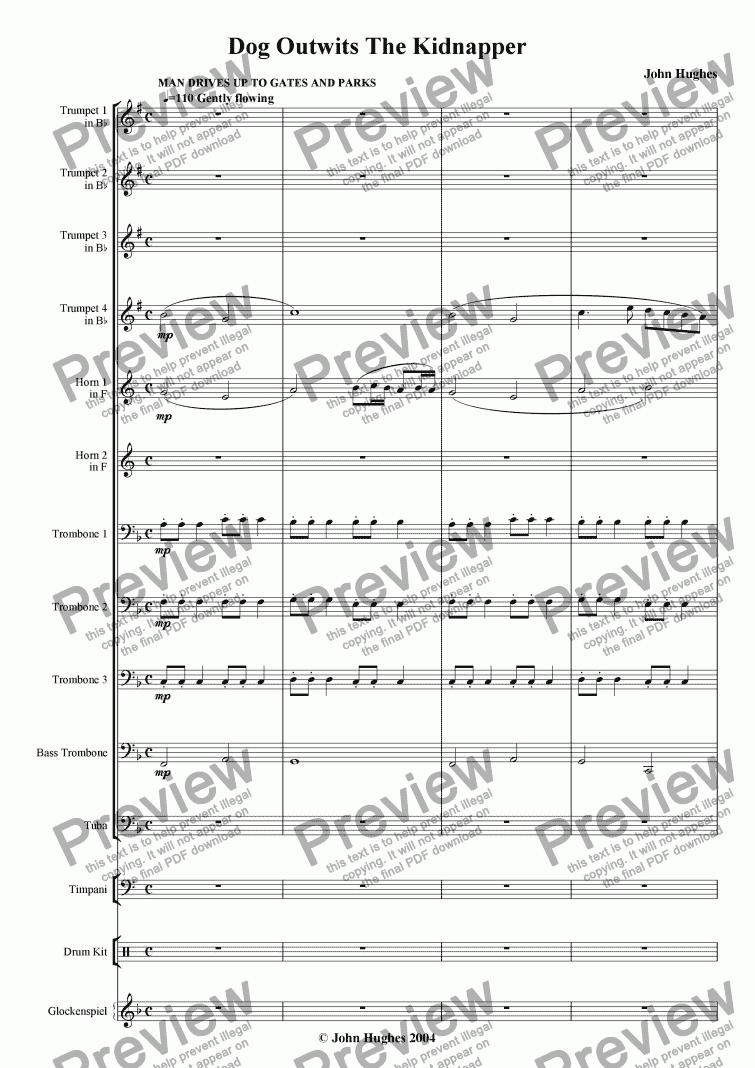 A commission from Surrey Brass for music to accompany a silent film produced at the Hepworth Studios in Walton-On-Thames in 1908. Although not a household name, Cecil Hepworth was a great pioneer of British cinema who was making and selling films as early as 1897. He had a huge hit with "Rescued By Rover" in 1905 in which a dog alerts his master to the whereabouts of a kidnapped baby. "Dog Outwits The Kidnapper" is the sequel in which a kidnapper whisks a child off in his car, hotly pursued by Rover. When the kidnapper nips into the pub for a drink and leaves the child alone in the car, our canine hero takes his chance, jumps into the driving seat and …. wait for it ….. drives the car back home! See for yourself - the music will be performed live by Surrey Brass at a showing of this and five other Hepworth films on 21st March 2004 at the Playhouse Theatre, Walton-On-Thames.

Reviews of The Dog Outwits The Kidnapper