Tilly The Tomboy Visits The Poor 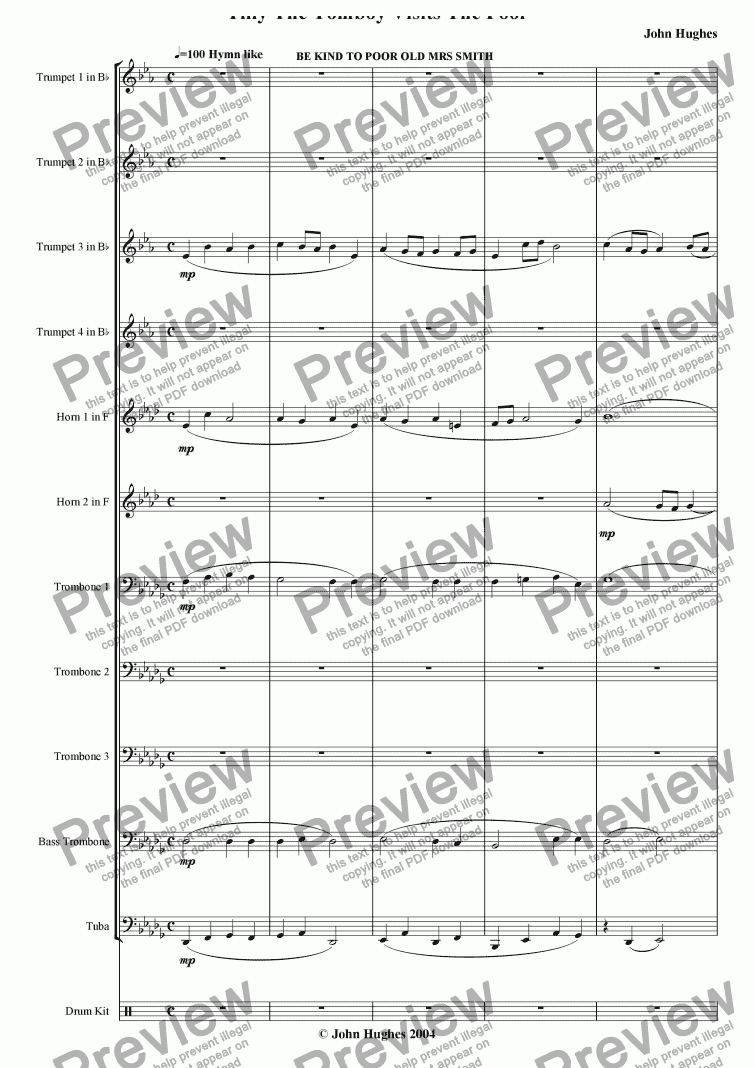 Another score commissioned by Surrey Brass to accompany the rare showing of an early British silent film made at the Hepworth Studios, Walton-On-Thames, Surrey, in 1910. This was one of a series of slapstick comedy films featuring Tilly The Tomboy and her partner in crime which were hugely popular in their day and made stars of the two local girls who played them, Chrissie White and Alma Taylor. In this film, the Tomboys are told to go and look after a poor sick old lady but instead reak havoc as they charge around their village, knocking over tradesmen, stealing a laundry van and invading a bakehouse. It's reminiscent of a Benny Hill chase as more and more people join in line to catch the girls ….. and when they finally do, the girls are to be found sitting caring for the sick old lady, looking as if butter wouldn't melt in their mouth. Great fun and remarkably sophisticated for its day.

Reviews of Tilly The Tomboy Visits The Poor