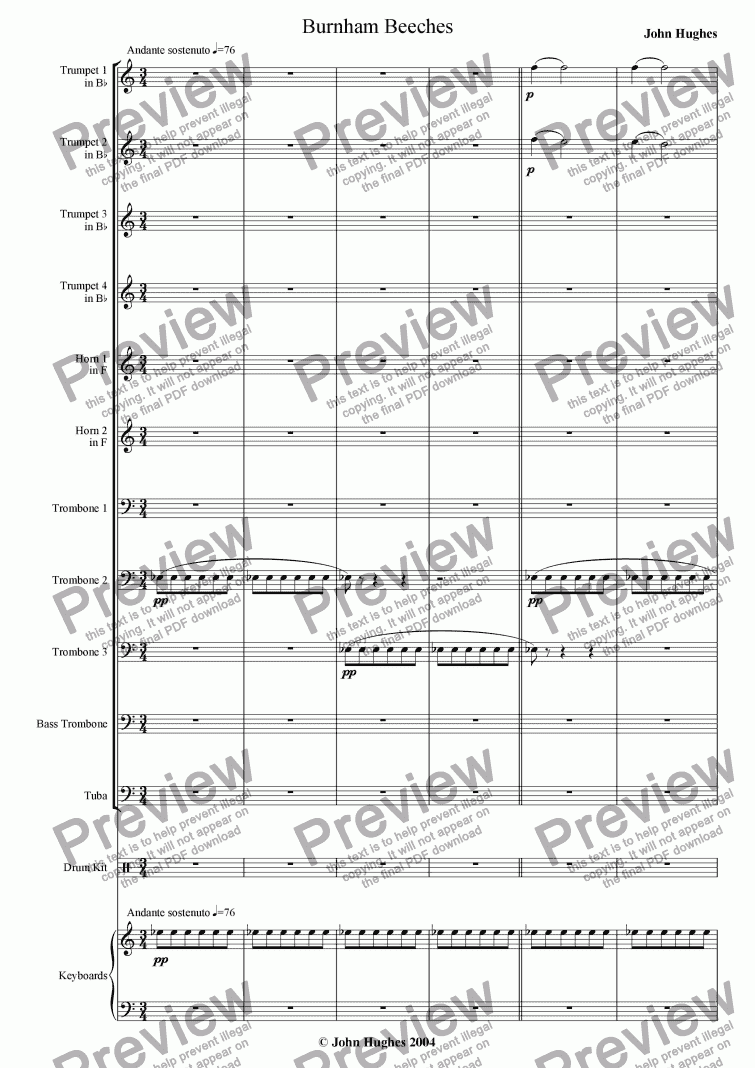 Music to accompany another early silent British film made by the Hepworth Studios in Walton-on-Thames. Made in 1909 this is a truly remarkable film and consists of just a long, slow, smooth tracking shot of a forest in winter. No people are to be seen and there is no action. The effect is eerie and hypnotic and I have tried to reflect this in the music by using an almost continous quaver ostinato figure. Having been fortunate enough to use a print direct from the National Film Archive, I was amazed by the sheer quality of the photography in such an early film. Quite how Cecil Hepworth managed to achieve this with a camera strapped to the roof of a slow moving car (which presumably is how it was filmed)remains a mystery.