By: anon.
For: Brass quartet
This music is in your basket
View basket
Loading... 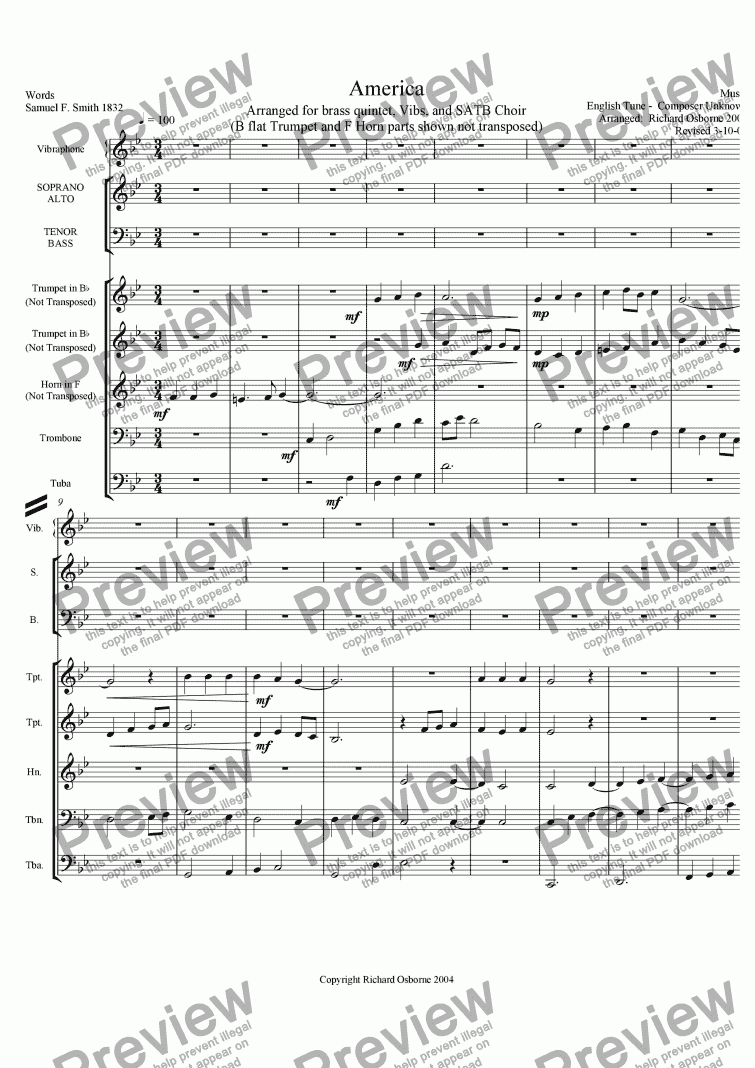 By: anon.
For: Brass quartet

Composer
anon.
Arranger
Richard Osborne
Lyricist
Samuel Francis Smith
Publisher
Osborne Music
Difficulty
Difficult (Grades 7+)
Duration
3 minutes
Genre
Other
License details
For anything not permitted by the above licence then you should contact the publisher first to obtain permission.

An arrangement of America, also known as "My Country, 'Tis of Thee", for Brass Quintet.

The music has been attributed to several composers, English, French, Swiss, and German. The earliest versions of the work were printed in England in 1744 with the words to "God save the King" added a year later.

The first appearence in the American Colonies was in 1761. Thereafter, several versions of lyrics were used with the melody including words honoring George Washington at his first inauguration in 1789. It's present lyrics were written in 1832 by the Reverend Samuel Francis Smith at Andover Theological Seminary.

The first American performance took place at an Independence Day celebration in Boston, on July 4th, 1832.

Besides its popularity in America, the music has became a national anthem in a number of countries.