By: Richard Osborne
For: Brass quintet
This music is in your basket
View basket
Loading... 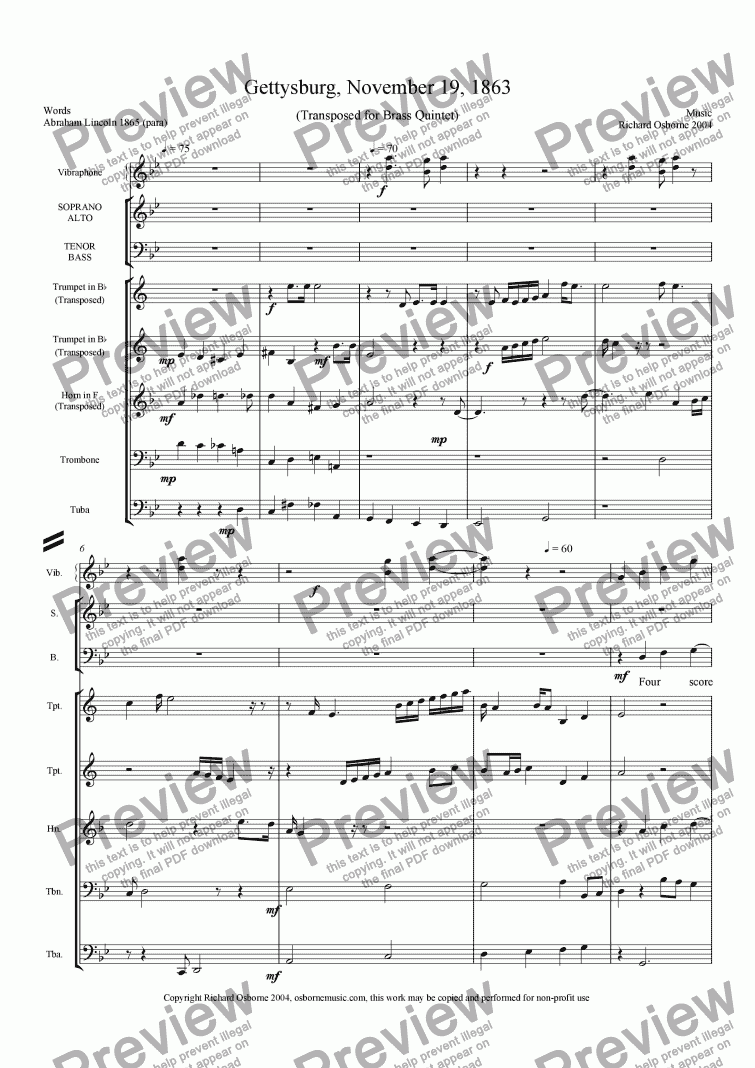 By: Richard Osborne
For: Brass quintet

Composer
Richard Osborne
Lyricist
Abraham Lincoln
Publisher
Osborne Music
Difficulty
Moderate (Grades 4-6)
Duration
6 minutes
Genre
Other
License details
For anything not permitted by the above licence then you should contact the publisher first to obtain permission.

"Four score and seven years ago, our fathers brought forth on this continent a new nation: conceived in liberty, and dedicated to the proposition that all men are created equal.

Now we are engaged in a great civil war testing whether (this) nation, or any nation so conceived and so dedicated can long endure.

We dedicate this field for those who gave their lives: That (this) nation might live; That for us the living dedicated to the unfinished work for which they gave the last full measure of devotion; That this nation, under God, shall have a new birth of freedom; And that this government of the people by the people for the people shall not perish from the earth."

On March 4, 1861 he was inaugurated as president of the United States with The Civil War beginning 5 weeks later)

On November 19, 1863, one half way through the American Civil War, Lincoln delivered his 2 minute speech dedicating the bural grounds at Gettysburg, Pennsylvania.

On April 15, 1865, 5 weeks after his second inaugural and one week after the surrender of the Confederacy, Lincoln died of an assassin's bullet.