By: John Stafford Smith
For: String quartet
This music is in your basket
View basket
Loading... 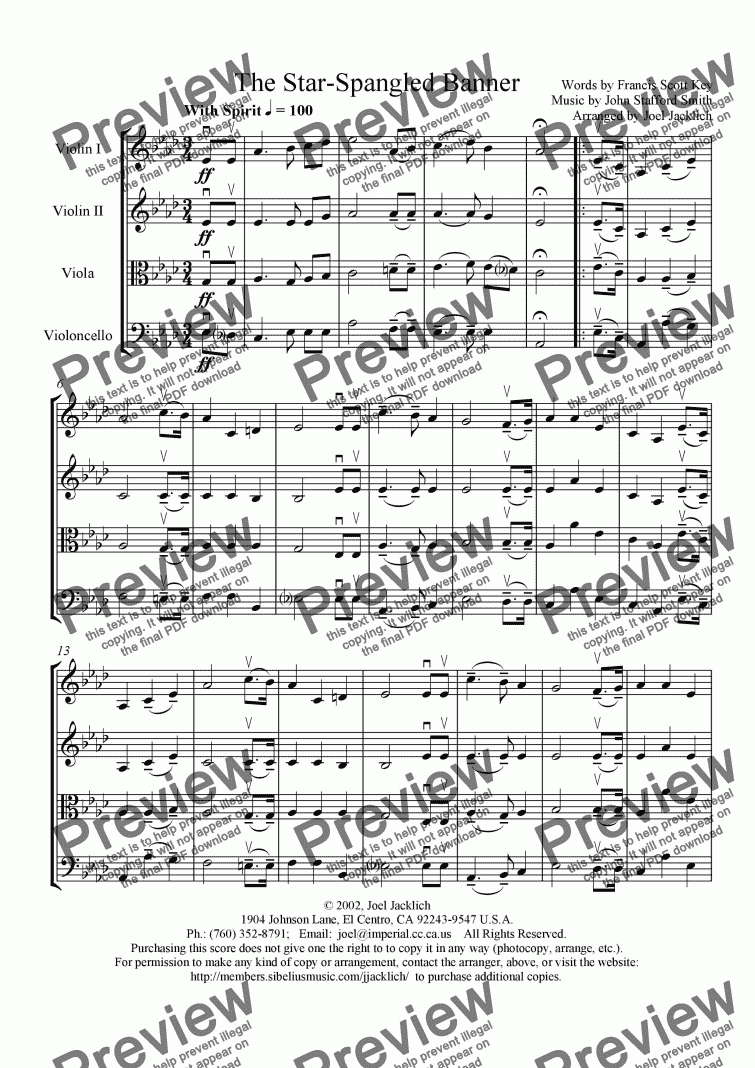 Reviews of The Star Spangled Banner (Ab) (for String Quartet)