Knights of the Skies 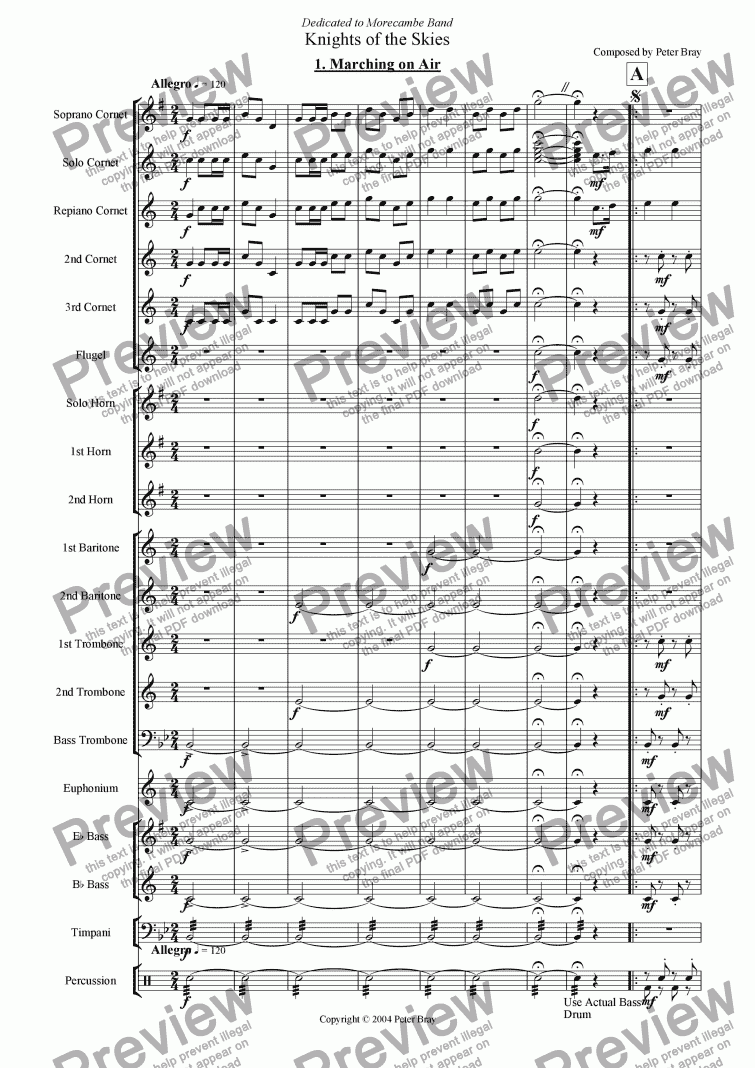 Introduction The included work is a suite for brass band set out in three movements, and is initially dedicated to Morecambe Band as part of a competition entry to celebrate their centenary year, 2004. The inspiration for the work comes from the role of the Royal Air Force, and is a tribute to the courage and bravery of serving personnel both past and present.

The First Movement (Concert B flat) The first movement is a march in traditional style entitled ?Marching on Air?. This movement has an unashamedly triumphant air about it, as it portrays a fly past and salute to the pilots, aircrew and aircraft synonymous with the First and Second World Wars.

The Second Movement (Concert C minor) The second movement entitled ?An Elegy to the Stricken?. Here the music is sombre, and is directed towards the harrowing and dangerous tasks of rescue. Be it the rescue of disaster victims or the inevitable casualties of war. A feature of this movement is the steady drum beat representing the relentless beat of propellers or rotor blades.

The Third Movement (Concert B flat) Written in ternary form, the third and last movement entitled ?Jet Stream? is a celebration and show time. The movement brings us bang up to-date with the agility of the modern jet fighter and the awesome aerobatics of the Red Arrows display team.

In order to submit this score to ScoreExchange.com Peter Bray has declared that they own the copyright to this work in its entirety or that they have been granted permission from the copyright holder to use their work. If you believe that this score should be not available here because it infringes your or someone elses copyright, please report this score using the copyright abuse form.

Reviews of Knights of the Skies