By: trad.
For: Orchestra
This music is in your basket
View basket
Loading... 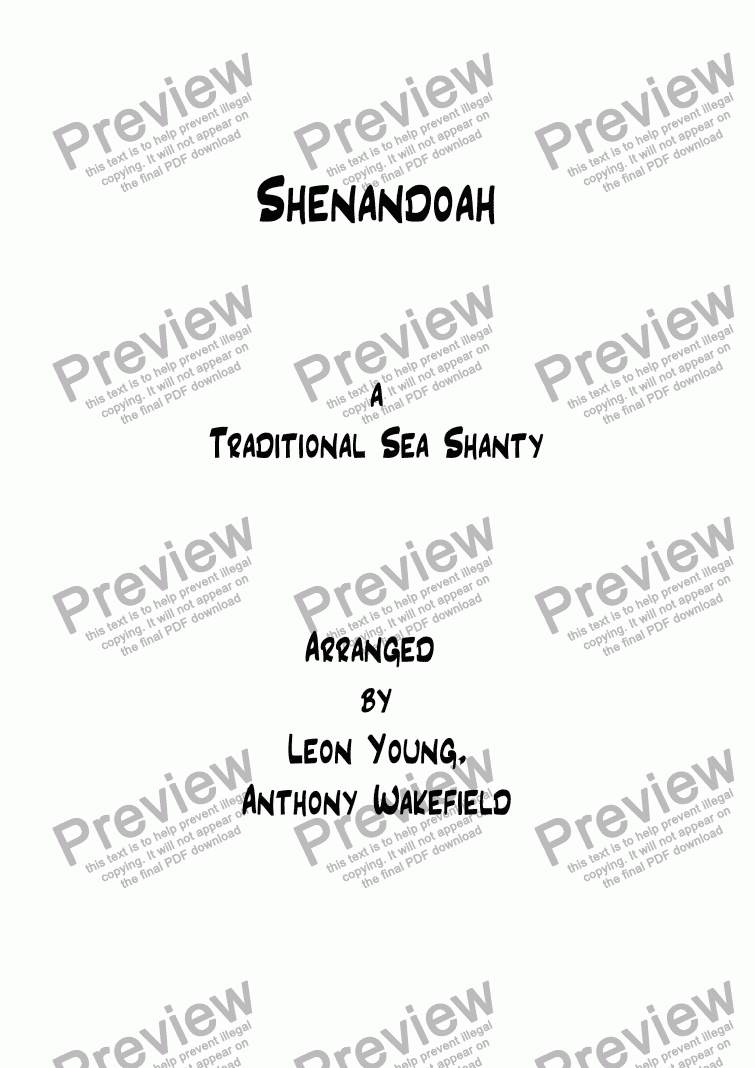 By: trad.
For: Orchestra

Composer
trad.
Year of composition
1800
Arranger
Leon Young
Publisher
AW Music
Difficulty
Moderate (Grades 4-6)
Duration
4 minutes
Genre
Folk music
License details
For anything not permitted by the above licence then you should contact the publisher first to obtain permission.

Leon Young, F.R.C.O. was one of the ’Back Room Boys’ in British Light Music. At his home in Tonbridge, he was the organist and choirmaster of Tonbridge Parish Church, where he held this position for 40 years; but his ’day’ job was commuting to Charing Cross Road in Central London, where he held the position of head of music arranging at Francis, Day, and Hunter, later to be absorbed into EMI Music Publishing. The BBC music library holds dozens of his scores, all having been regularly played by their now defunct light orchestras. One of his many varied 9-5 EMI duties was to analyse and re-assemble musical sketches which Acker Bilk had produced. Leon went on to arrange the orchestral accompaniment and direct the recording. Acker went on to sell a million copies of ’Stranger on the Shore’. It remains an all time favourite of popular music. During the 1950s/`60s he also arranged ’Ebb Tide’ and ’Limelight’ for the Frank Chacksfield Orchestra recordings, both of which became No 1 best sellers, world-wide.

Leon Young was originally a Salvation Army trombonist & pianist, and during the `39 -`45 war, his ship was sunk in the Mediterranean with him enduring several hours in the water before being rescued. His rescue eventually took him back to England via the USA, where, during his short stay, he continued playing piano at various venues. His arrival back in London at the end of the war took him to arranging and composing with one of world`s largest music publishing houses, and with the national radio station, the BBC. We`ll try to forgive the BBC for their cataclismic decision to axe 5 light orchestras in the 1970s,(London, Birmingham, Manchester, Glasgow) as Leon, already established at the Beeb, contributing special spotlights on his orchestral arranging prowess for the ITMA series, went on to broadcast regularly on many subsequent programmes conducting his `Leon Young String Chorale`.

Charles `Charlie` Chaplin asked Leon to become the music director of his films; a wonderful opportunity so one would believe. Leon preferred instead, the security of his 9 till 5 job. He retired in 1980 and died 5 years later. This small tribute hopefully preserves a huge talent of yester-year, who was a beacon in both the music business and the church; two quite different institutions for him to live and work within.

A beautiful renewal (for Brass Band) of The Holly and the Ivy, transcribed for the Brighouse and Rastrick Christmas CD, shows how fluently Leon intertwined another hymn into the arrangement. Quite masterful.

I request no reviews for Shenandoah. I have merely tried to make this adaption work as closely as possible to what Leon`s original was, which included a guitar, now written for clarinet. Just close your eyes and enjoy this wonderful working for viola, oboe, and harp with strings. To me, it is as good as anything Elgar or Britten, or Tippett wrote in their own lighter moments. (Leon met Tippett, who spoke of him as being just as important to the music profession as what Tippett himself was). A four minute masterpiece indeed!

Sorry, there's no reviews of this score yet. Please .
In order to submit this score to ScoreExchange.com Tony Wakefield has declared that they own the copyright to this work in its entirety or that they have been granted permission from the copyright holder to use their work. If you believe that this score should be not available here because it infringes your or someone elses copyright, please report this score using the copyright abuse form.