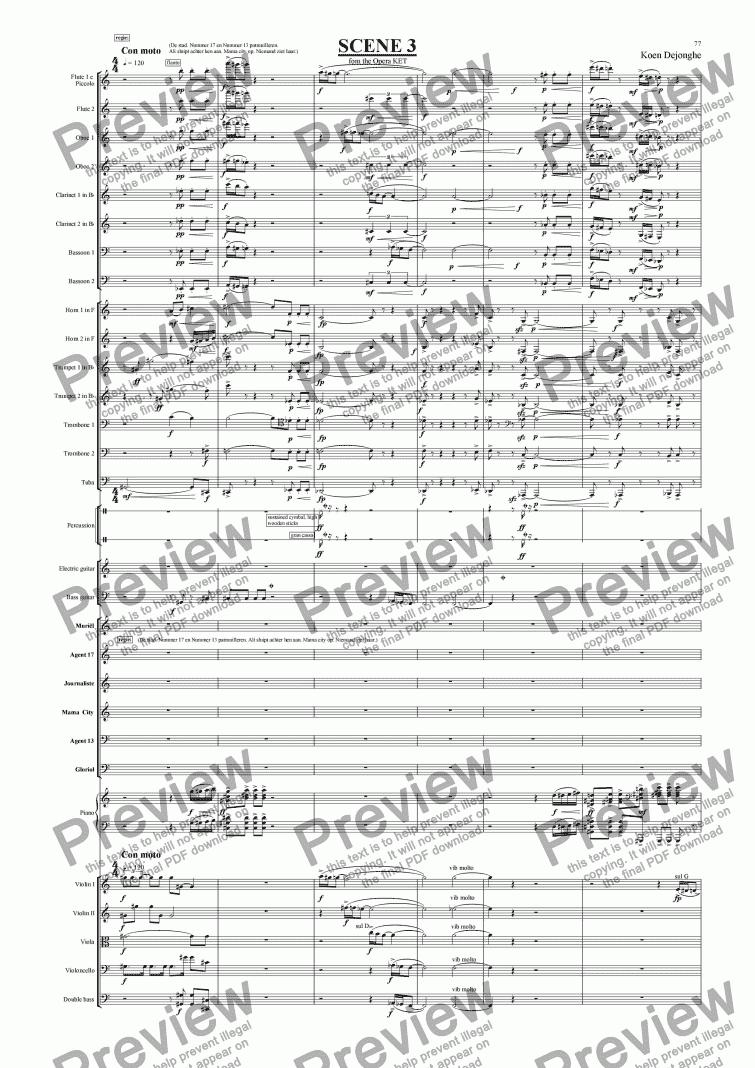 My opera "KET" is about integration in a big city with the same name. The original libretto is from the old political Belgian TV journalist Geert Van Istendael who wrote nice poetry and books about Brussels.It's about the rich and the poor,black and white and the unpossible love between an immigrant Ali and a well educated lady secretary Muri?l.

In the third scene the two Policemen (number 13 and 17) have heard that an old man was wounded by "Somebody", probably an immigrant. But it doesn't interest them at all!The boss Gloriol and the secretary Muri?l give an interview on television.They say that the old houses will disappear in the town Ket and that they 'll rebuild new blocks.During this interview Muri?l falls in love with the immigrant Ali.

The score is for big orchestra and rock-band. The MP3 recording is from the live performance in the Ancienne Belgique in Brussels.The conductor is Tom Deneckere.

In order to submit this score to ScoreExchange.com Koen Dejonghe has declared that they own the copyright to this work in its entirety or that they have been granted permission from the copyright holder to use their work. If you believe that this score should be not available here because it infringes your or someone elses copyright, please report this score using the copyright abuse form.