By: Unknown
For: String orchestra
This music is in your basket
View basket
Loading... 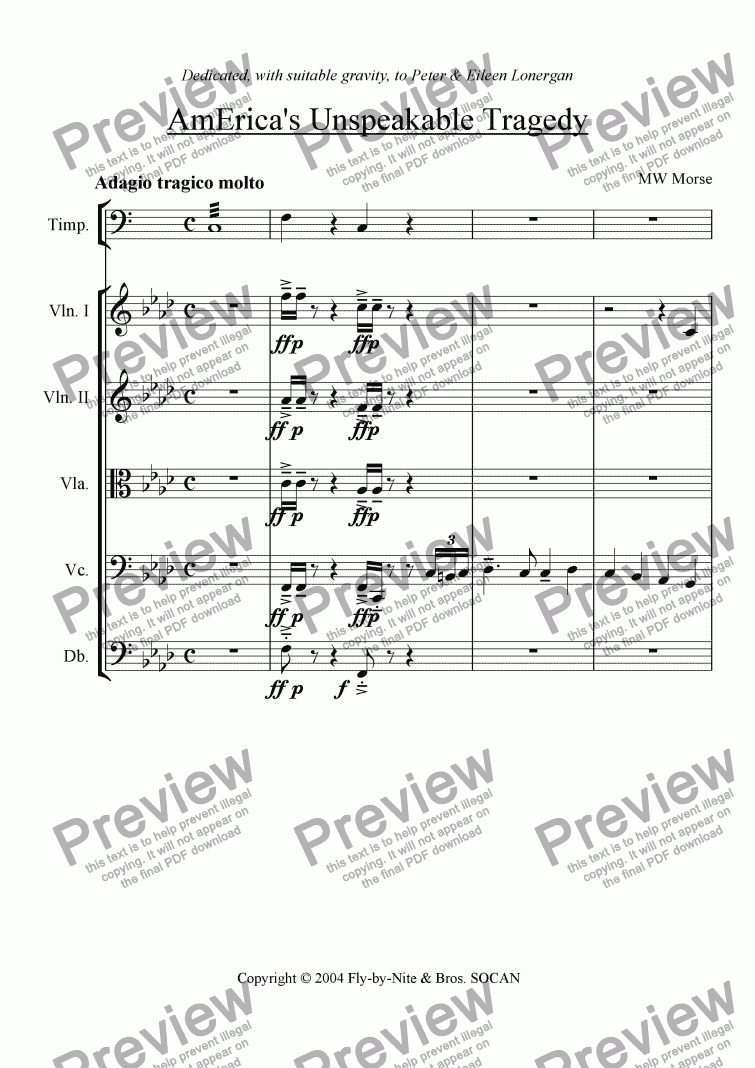 By: Unknown
For: String orchestra

After the unspeakable, incomprehensible tragedy of 9/11, North American artists responded with entirely predictable skill and enthusiasm. At last, the common man (and/or woman) would truly need to turn to art (and artists); as a way of coping with this unspeakable, incomprehensible tragedy. Our artists quickly went to work devising memorials to the event. While it would be an exaggeration to call their acts selfless–they're not Marxists, after all!–it is true that their hours of effort went largely unheralded, unrecognized; unrewarded. This piece is a tribute to the unspeakable, incomprehensible tragedy of American artists and their catastrophically-inspired responses to the unspeakable tragedy of 9/11, and to Governor GW Bush, who served our country so bravely in the National Guard when his schedule permitted, and to those brave, plucky Canadians who bucked the trend of their left-leaning, socialist government, and stuck up for unswerving American patriotism with their artistic imagination.

In other words: if pretentious gavones have the "right" to react to an appalling event such as 9/11 with self-serving, self-indulgent, self-aggrandizing rubbish, the rest of us have the right to call them on it.

p.s. The following reviews bear close attention, the first and longer one providing an object lesson in the level of general social and intellectual awareness in these parlous times. At length, I have learned to hear the sweetness in the sound of the opprobrium of dolts.