from Bachvariationen II: Variation on Prelude from Suite VI by J.S.Bach 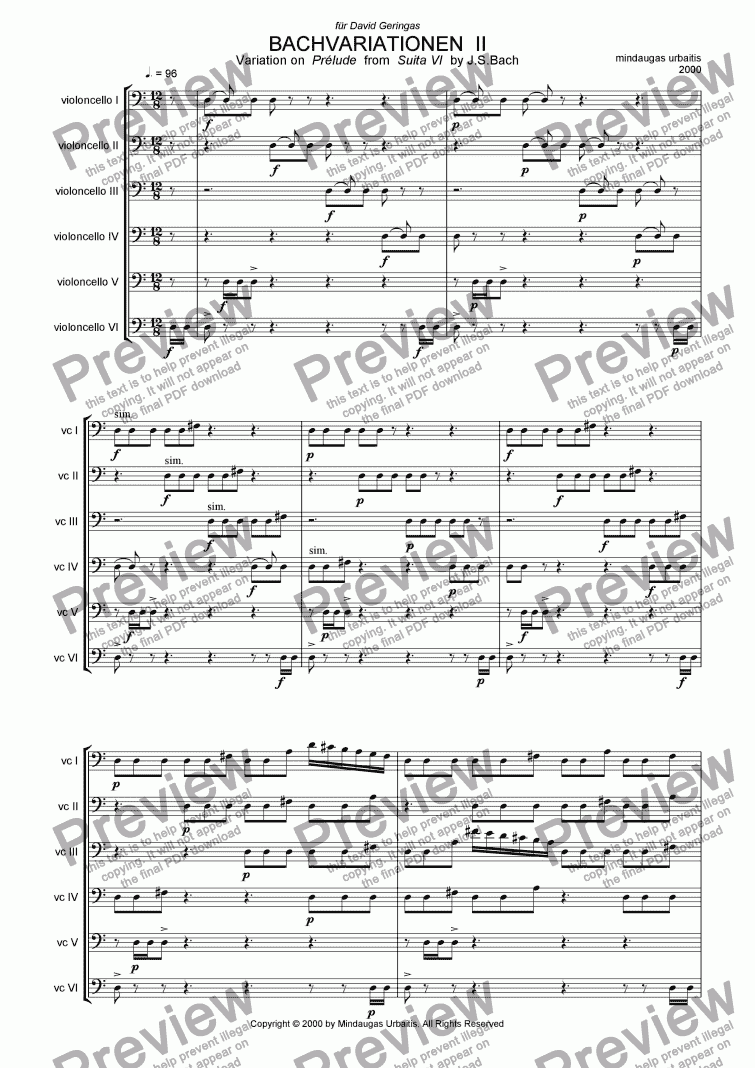 In BACHVARIATIONEN II (1999-2000) for 6 cellos, I develope a conception similar to Bachvariationen I (1985-88) for 4 violins, though it's as if these two works have exchanged their places chronologically: the first sketches using J.S. Bach's music for six cellos were written before I started to write the variations for four violins. As Bachvariationen I was based on the material of J.S. Bach's Sonatas and Partitas for Solo Violin, so Bachvariationen II refers to J.S. Bach's Suites for Solo Cello, in which the motifs and fragments - like in the earlier work - are composed on the basis of prevailing canons and imitations. The work was commissioned by the German Pavillon Expo 2000 in Hanover to commemorate the 250th anniversary of J.S.Bach's death. The world premiere of Bachvariationen II took place in four concerts on the 28th and 29th July 2000 at the August Everding Hall at the German Pavillon, during Expo 2000, and was performed by David Geringas and his former and present master-class students Tatjana Vassilieva, Troels Svane, Timothy Park, Bong-Ihn Koh and Boris Andrianov. This shorter variation on Bach's Prelude from his Suite No.6 is written on request and dedicated to David Geringas.

Reviews of from Bachvariationen II: Variation on Prelude from Suite VI by J.S.Bach