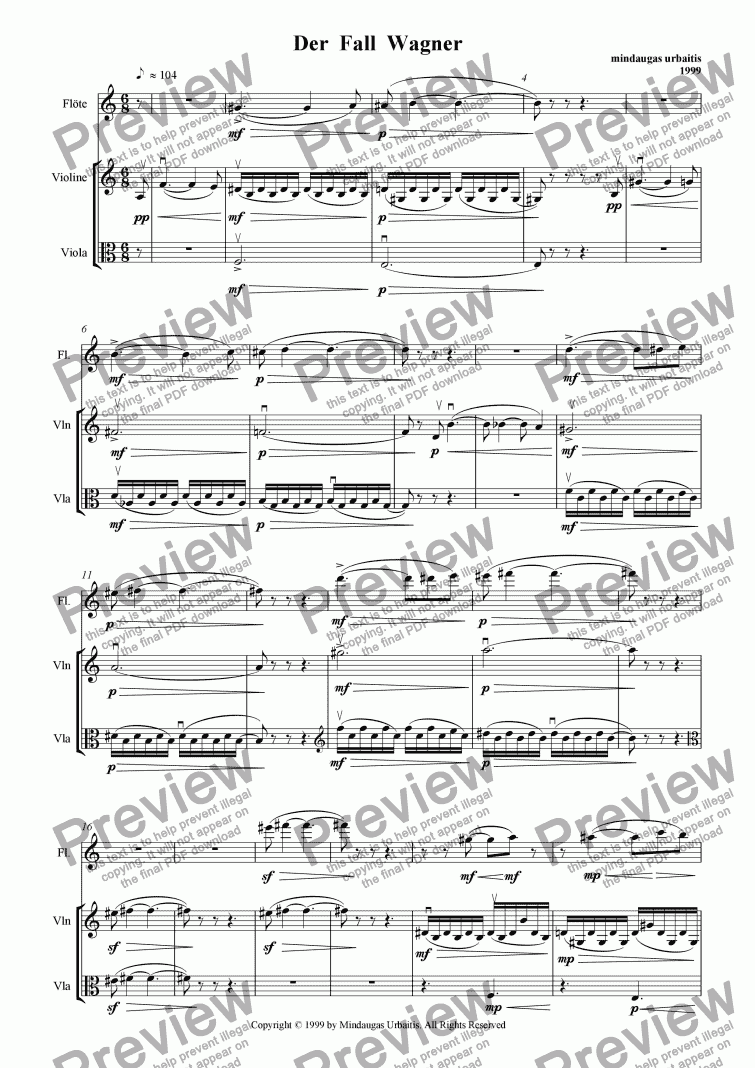 "Der Fall Wagner" (1999) was commissioned by the Third International Thomas Mann Festival in Nida, Lithuania. The main topic was "Thomas Mann and Richard Wagner", and I was asked to write a piece which included some motives from the music of Richard Wagner. The title of the piece came from the work by Friedrich Nietsche "Der Fall Wagner", and in it's own way reflects an imaginary relationship between these three men and the later change of Nietsche's approach to, and point of view of Wagner, who had a tremendous influence on the young Nietsche but later became his worst enemy. You can find "Der Fall Wagner" ("The Case of Wagner") also discussed by the musicologist Dr.Ernst Kurth in his famous work. For this reason, the well-known chords of the orchestral Introduction of "Tristan und Isolde" were chosen as the leading motif of the work. Their constant return and variation are significantly supplemented with the development of a new episode based on the well-known sirens' chord from "Tannhäuser". The coda is based on the opening motifs of "Lohengrin" as to assert, that "The Case of Wagner" ("Der Fall Wagner") is far from having one meaning. A recording of the piece has been released on Guild.