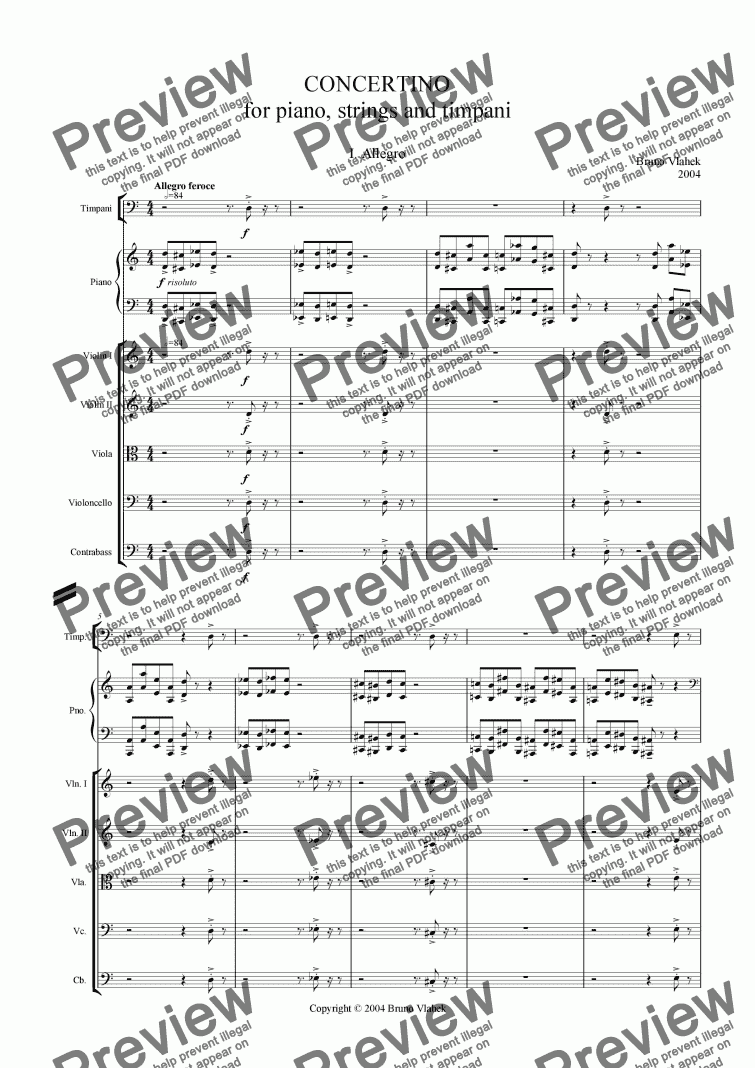 This is the first movement of my Concertino for piano, strings and timpani. The complete concertino contains three movements - I. Allegro, II. Adagio con moto & III. Finale: Allegro spiritoso - Piu mosso. Con brio - Tempo I. Molto ritmico. It is influenced by the works of many romantic and 20th century composers, characterised by high eclecticism and mixes different musical styles. First movement is written in the most classical form of the other two. The specific interval of the opening sequence could be heard several times throughout the whole concerto, as some sort of "idee fixe". The second movement is based on nostalgic-character themes, mostly in keys of b-flat and e-flat minor. The finale is almost "out of form", full of energy, with joyful melodies and rythms based on idiom of popular music. It is created as a colorful palette of upcoming ideas, comic dialogues between soloist and orchestra and with feeling of constantly growing tension toward the end. After hymn-like culmination on the main theme element, the short coda returns us to the atmosphere of the beginning of the movement with virtuoso piano passages on ostinato rythm of orchestra, based on reminiscence of the some of the well-known motives from earlier. I hope you will enjoy this piece!

In order to submit this score to ScoreExchange.com Bruno Vlahek has declared that they own the copyright to this work in its entirety or that they have been granted permission from the copyright holder to use their work. If you believe that this score should be not available here because it infringes your or someone elses copyright, please report this score using the copyright abuse form. 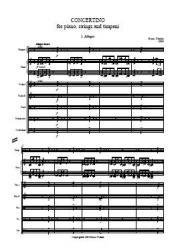 Reviews of Piano concertino - I. Allegro