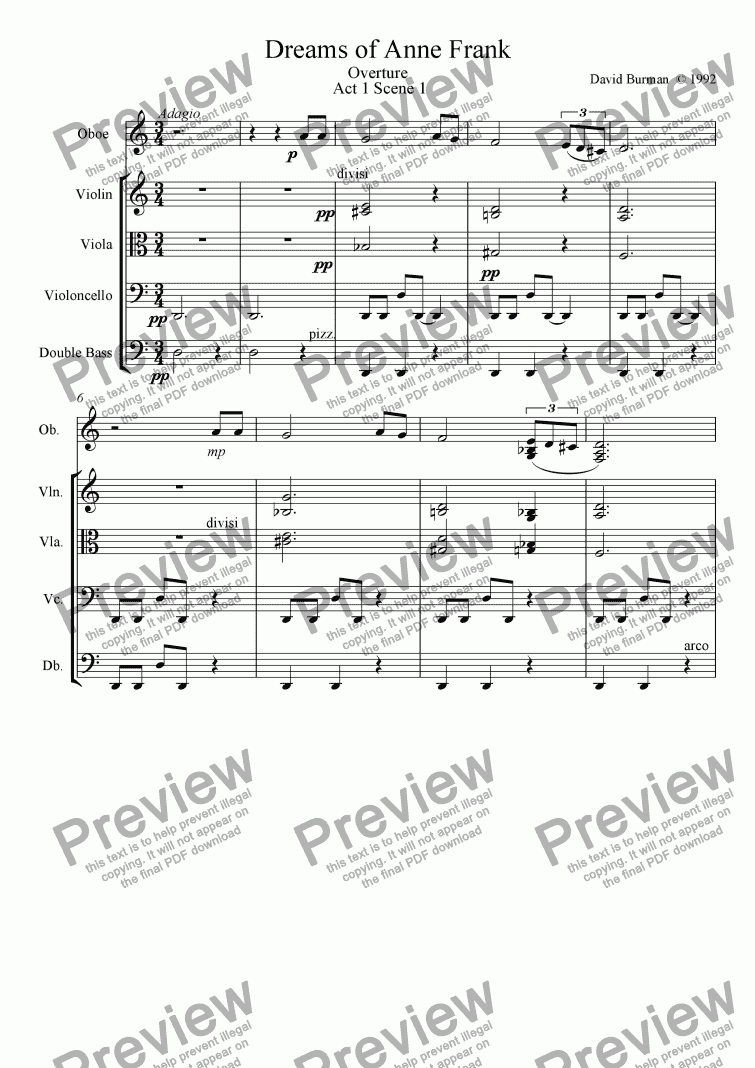 Dreams of Anne Frank is a stage play by Bernard Kops. The play was commisioned by the Polka Theatre Wimbledon,London, in 1992. The composer was commisioned to compose music and songs for the play. The play with its music has been staged at theatres in Britain and worldwide since its premier on 3rd October 1992 at the Polka Theatre London. The music has been variously realised using synthesised orchestral arrangements,or other formats,according to the resources that musical directorts have to hand.

In order to submit this score to ScoreExchange.com Mr David Burman has declared that they own the copyright to this work in its entirety or that they have been granted permission from the copyright holder to use their work. If you believe that this score should be not available here because it infringes your or someone elses copyright, please report this score using the copyright abuse form.