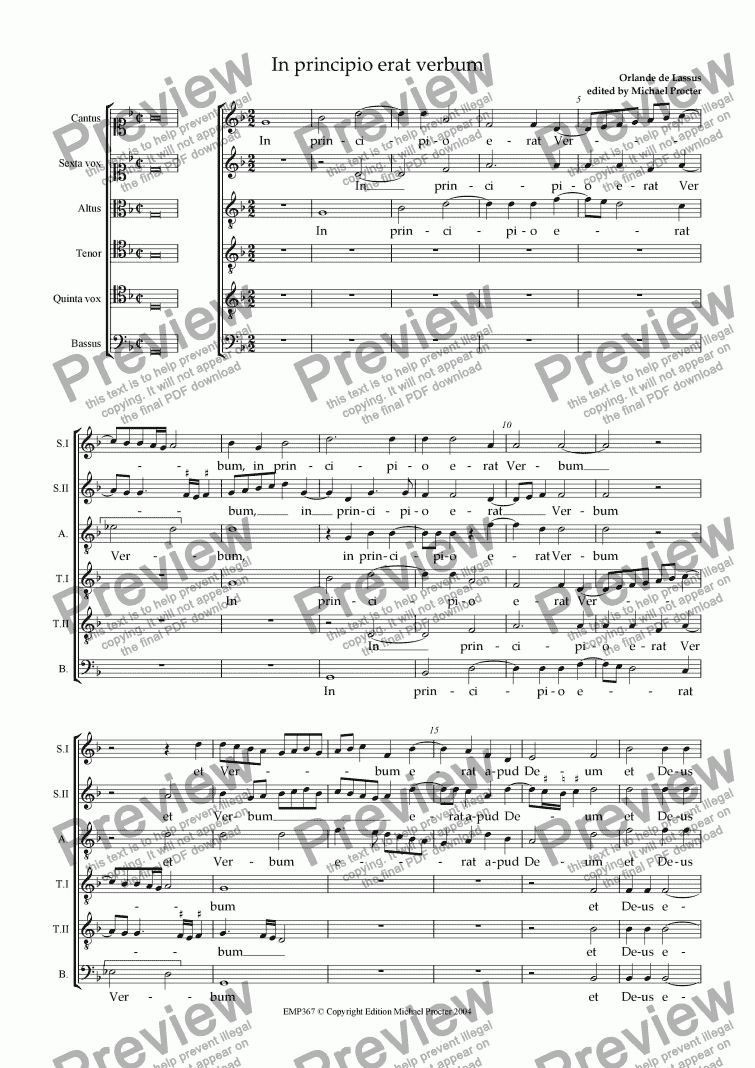 The text of this magnificent motet is that of the Gospel reading at the third, i.e. the principal Mass on Christmas Day. Apart from Josquin's setting, no other is known to the Editor. It must be assumed that the composition of this motet was at the express wish of Lassus' employer, Duke Wilhelm of Bavaria, for the splendid Mass in the Bavarian Court Chapel in Munich. The motet is in three parts, for 6, 4 and 6 voices. In the third part, following the text 'Verbum caro factum est,' the music has a fermata, obviously to allow the congregation, who have genuflected at that point in the reading, to stand again. Note values have been halved. Ligatures are shown as usual with 'square ties'.

Reviews of In principio erat Verbum