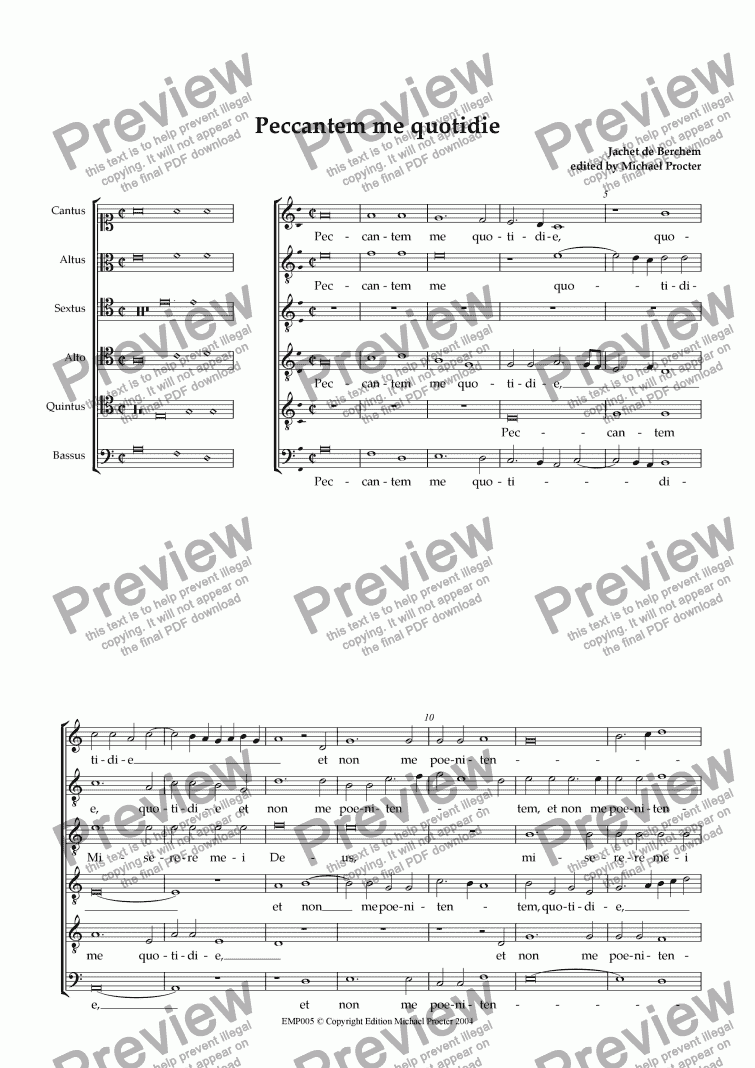 Jachet (Jacquet, Iachet) de Berchem was born in a town of that name in about 1505. Nothing is known of his early years. By the 1530s he was in Venice, probably as a prot?g? of Willaert. Most of his music was published there from 1538 on. He became an important figure in a regional circle (Willaert, Nasco, Parabosco, Ruffo and Camater?) drawn to the new secular form, the madrigal. Frequent printings of his music extended his reputation rapidly. In 1546 Jachet was elected maestro di cappella of Verona Cathedral, a post he may have held until about 1550. By 1553 he had married Giustina de Simeonibus, a member of a noble family in Monopoli, where he was at that time employed either by the Cathedral or by the Governor. He had died in Monopoli by 2 March 1567.

This beautiful piece, which I first published in a manuscript edition in the early 1990s, is one of the few sacred works surviving from his pen. It was first printed in Willaert's motet collection of 1542. The text of this short motet is from the Office for the Dead, where it forms a Responsory in the third Nocturn of Matins, although Berchem's setting does not conform to the strict Responsory model. The Sexta Vox sings repeatedly the final phrase of the text, 'Miserere mei Deus' in a direct quotation from, and thus presumably in tribute to Josquin des Pres, in whose setting of Psalm 50 the phrase is also repeated throughout.

The fear of death overwhelms me, who sin every day and do not repent: for in hell there is no redemption. Have mercy on me O God and spare me!

Reviews of Peccantem me quotidie