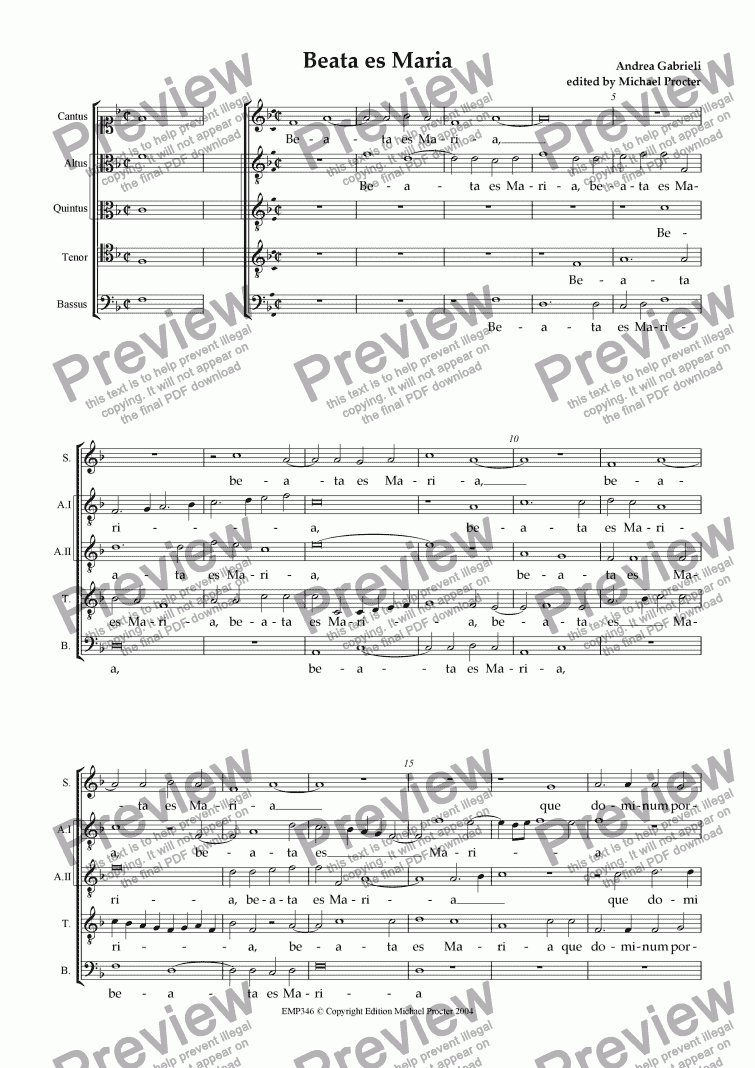 The Sacrae Cantiones of 1565 are usually seen as the fruits of Gabrieli's work alongside Lassus in the entourage of the Bavarian Duke Albrecht V. The friendship was indeed important to both men - as Martin Morell has shown, they were almost exact contemporaries - and Lassus tried some years later to entice Andrea to Munich, instead of which the Venetian composer sent his promising nephew Giovanni. But direct similarities between their compositions, let alone borrowings, are not to find. For too long, Andrea Gabrieli has been regarded as an important historical figure, an important composer of madrigals and keyboard works, and as a key figure in the development of that monumental ceremonial music for which St Mark's is now chiefly recognised. But the intrinsic quality of his sacred music, unknown for so long, and ill served by the absence of anything like a complete edition of his work, is only gradually being recognised.

The present edition offers a further motet from the Sacrae Cantiones. Beata es Maria is reminiscent of the lovely Maria stabat ad monumentum (Concerti 1587) - the unusual melodic formula of the Cantus in bars 19/20 is one example. Although the music is mostly syllabic - and there are only two ligatures in the whole piece - the composer achieves a great sense of repose through the use of repeated notes, and the almost hypnotic repetition of the phrase 'et in aeternum'.