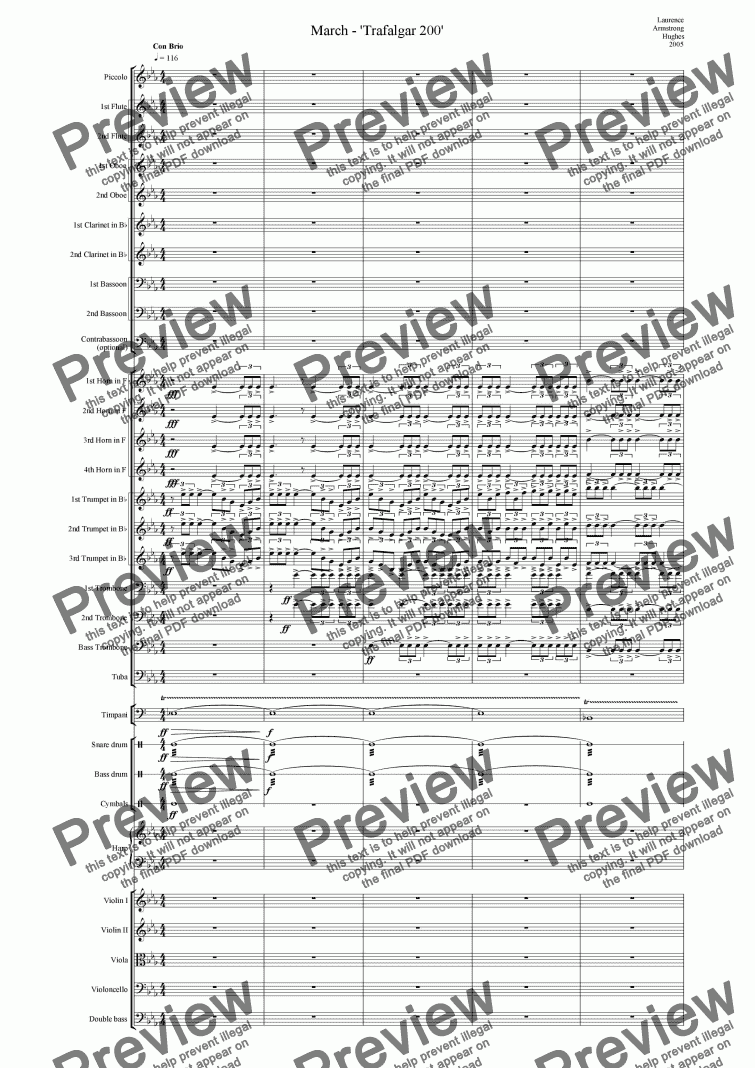 This march was composed as a tribute for the 200th anniversary of the battle of Trafalgar, celebrated this year, when the Royal Navy under the command of Nelson defeated a combined French and Spanish fleet, thus preventing the invasion of Britain and helping towards the liberation of Europe from the Napoleonic tyranny. The piece is generally quite jaunty, though a solemn note in the trio tune reminds us that Nelson gave his own life at the moment of his greatest victory. The march should work as both a concert work and also for marching to. If you are interested in performing the piece, please apply to the composer for a (free) full set of parts.

In order to submit this score to ScoreExchange.com Laurence Hughes has declared that they own the copyright to this work in its entirety or that they have been granted permission from the copyright holder to use their work. If you believe that this score should be not available here because it infringes your or someone elses copyright, please report this score using the copyright abuse form.

Reviews of 'Trafalgar 200' - March for orchestra