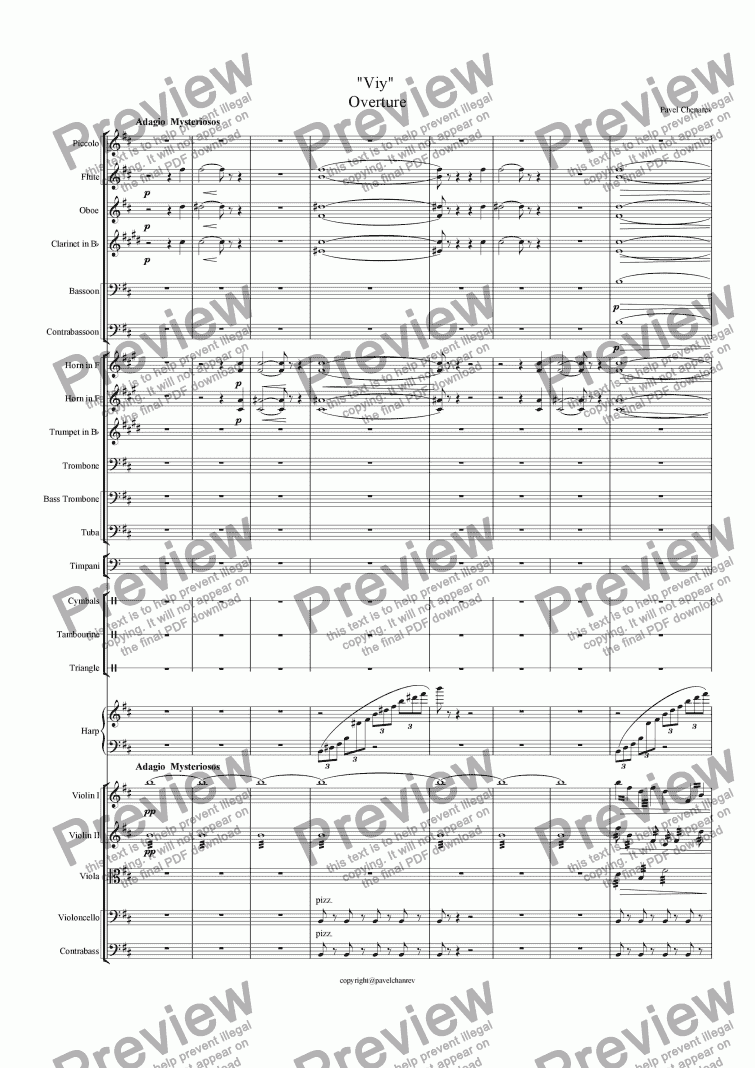 The idea for nthis overture came from a short story by V. Gogol called "Vij" or "Viy". Basically what happens in the story is this guy named Homa kills a witch. The witch he kills is a girl, but she doesn't die right away. Before she dies she tells her father that when she is dead she wants Homa to read her prayers when shes in a tomb inside the church. When Homa was called by the dead girl's father, Homa dind't know why he was called upon, arriving to the church he was suprised to see the girl he had killed. He read her prayers for 3 nights. He noticed her getting up and trying to look for him. On the 3d night, the most horrible one of all the demons, the dead and ghosts appeared and they brough their Lord, Vij, who then saw Homa who was reading prayers, and all of them jumped on him and tore him to pieces. This overture is about the 3d night.

In order to submit this score to ScoreExchange.com Pavel Chenarev has declared that they own the copyright to this work in its entirety or that they have been granted permission from the copyright holder to use their work. If you believe that this score should be not available here because it infringes your or someone elses copyright, please report this score using the copyright abuse form.