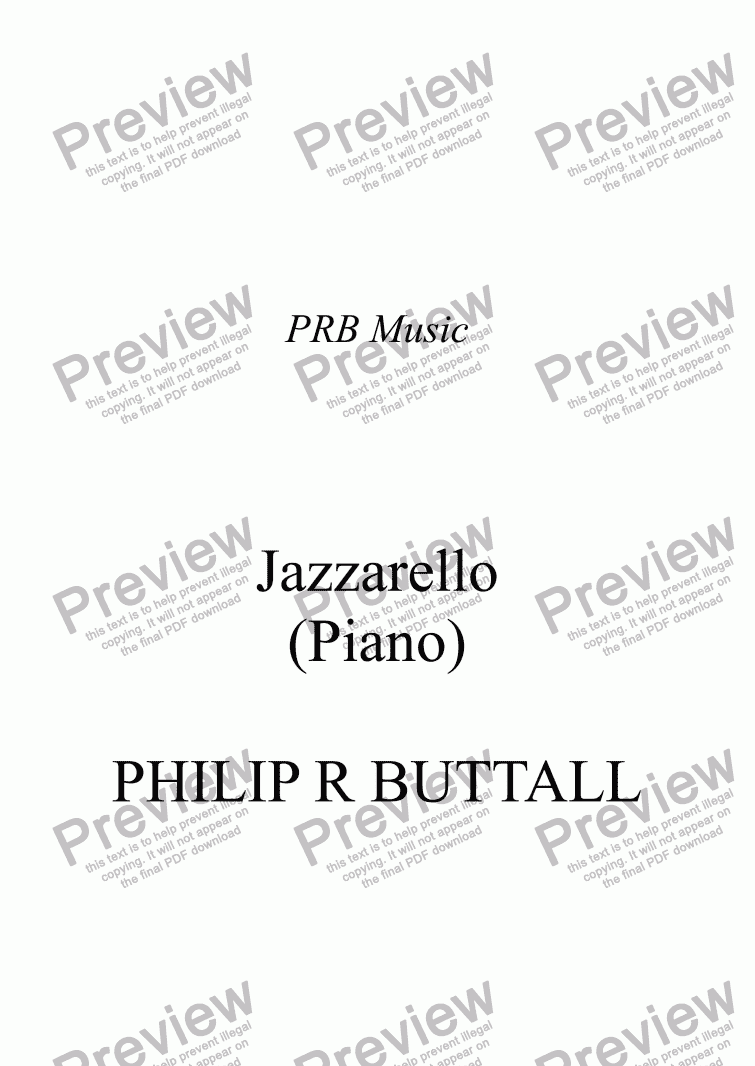 Composer
Philip R Buttall
Year of composition
2003
Publisher
PRB Music
Difficulty
Difficult (Grades 7+)
Duration
3 minutes
Genre
Jazz music
License details
For anything not permitted by the above licence then you should contact the publisher first to obtain permission.

In May, 2003, I was fortunate enough to play alongside top British mandolinist, Alison Stephens, (see picture) who achieved international recognition by providing the soundtrack for the movie Captain Corelli’s Mandolin. Ali has recorded for Chandos, and other leading CD companies, and returned here to Plymouth in September, where she gave a solo recital in the City Museum Lunchtime Series. For the occasion, I wrote her a little number entitled Ali’s Jazzarello!, which starts out as a fairly conventional Italian saltarello, crosses over for some jazz in the middle, before mainly picking up the style of the opening again.

Ali since asked me to write two companion pieces to Jazzarello, and these are all now published by Astute Music, both for solo mandolin, and mandolin duo. I have now arranged all three pieces for piano solo.

Attached is an MP3 file of Ali giving Jazzarello its first performance in Plymouth City Museum on September 25, 2003. Ali, herself, said she’s not a natural ’jazzer’, and so her performance was therefore all the more impressive!

Sadly, Ali passed away prematurely in 2010, at the age of 40. She will be sorely missed by all who knew her, or had heard her play.